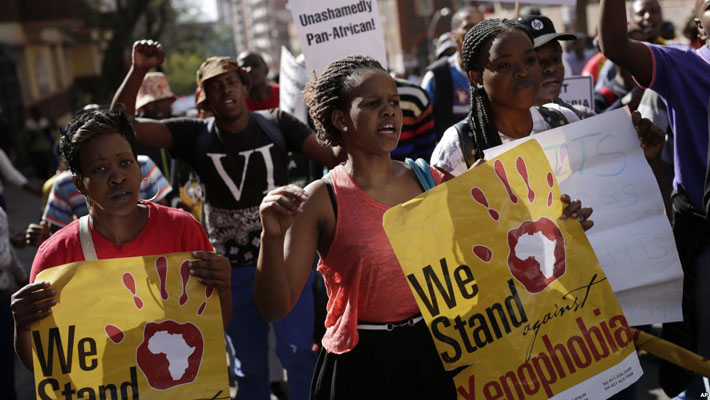 JOHANNESBURG, APRIL 9, 2019 (CISA)-Bishop Victor Phalana of the Catholic diocese of Klerksdorp has called on South African government’s intelligence system to collect timely information that would be helpful for the country’s security agencies in preventing xenophobic attacks.

The Southern African Catholic Bishops’ Conference (SACBC)’s Social Action department, that comprises the Justice & Peace Commission, has told journalists that both the government and Church could play important roles in the face of these recurring tragic events.

Bishop Phalana who is also the new chairman of SACBC also said that he would like Church groups to identify more closely with the concerns of residents.

“For the Church, we need groups like Justice and Peace (teams in every parish) to be part of their communities, attending community meetings, journeying with residents and knowing what the problems are,” he said.

The Bishop further noted that the Church needs to rediscover its advocacy roots as it once did during the Apartheid era. The Church, he says, should be with the residents and be seen to be persuading the government to act in favour of the people.

He appealed to South Africans to learn to live with people who are different from them.

“One of the challenges that we are facing (as a nation) is the sense that whenever there is a protest, then it is normally followed by attacks targeting foreign nationals. We are trying to separate the issues. We understand that people might have genuine concerns and complaints, but they must address these with relevant institutions and government departments. They do not need to target foreigners and use them as scapegoats for their problems,” said Bishop Phalana.

South Africa is experiencing xenophobic violence in several parts of the country.