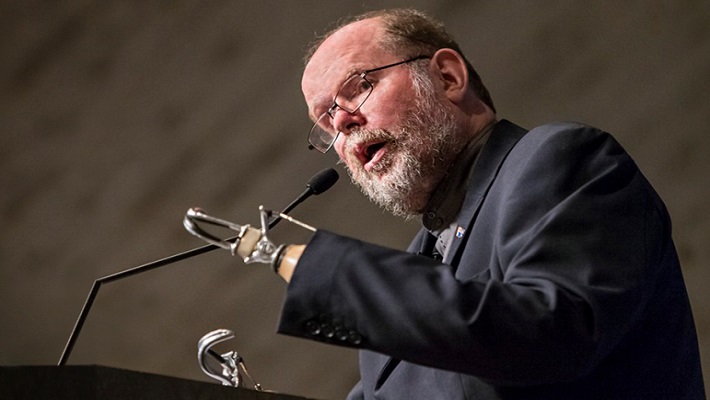 DURBAN, MARCH 8, 2022 (CISA) – “The 39th Niwano Peace Prize will be awarded to Fr Michael Lapsley, SSM of South Africa in recognition of his relentless struggle against apartheid and social discriminations, his support for the liberation movement in South Africa and various peacebuilding activities in other parts of the world,” reads a press statement by the Niwano Peace Foundation dated February 21.

Fr Lapsley is known for his efforts during the struggle for independence in South Africa. His non-violent and multi-faith peace building efforts and activities of healing based on a restorative justice approach, “continue to heal South Africa as well as many others around the world.”

The Niwano Peace prize was established to honour and encourage individuals and organisations that have contributed immensely to inter-religious cooperation and propagating world peace and amplify these achievements all over the world.

In Dr Giovanelli words, “Father Lapsley has fought apartheid, which is one of the most striking forms of a hateful and painful phenomenon such as racial or ethnic discrimination. By doing so he has earned the esteem and respect of black South Africans of all religions.”

Father Lapsley was gravely injured from an attempt on his life by perpetrators of apartheid rule during the struggle for abolition of apartheid in South Africa, consequently losing both hands, sight on one eye and sustained severe burns.

“This attack also provoked a real transformation in him, a conversion, from… freedom fighter to healer and reconciler. This shows that in addition to exercising the virtue of fortress, thanks to which he has endured the very serious consequences of the attack suffered, Father Lapsley also exercises the virtue of humility. In his commitment, he has met and collaborated with people of different religious beliefs to lead them to peace of heart,” said Dr Giovanelli.

The presentation ceremony will take place on June 14 in Tokyo, Japan. In addition to an award certificate, he will receive a medal and twenty million Yen.