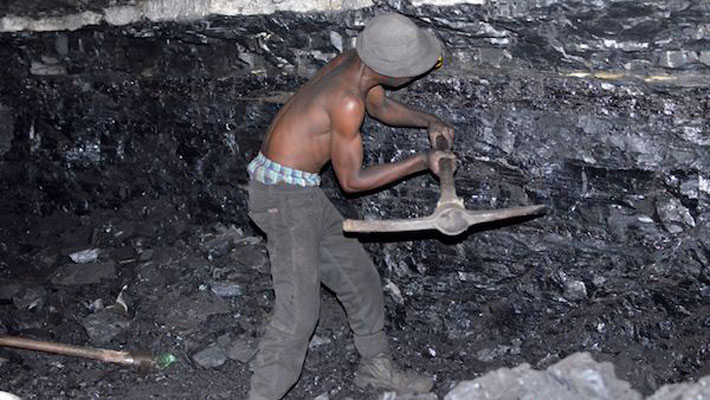 JOHANNESBURG, JUNE 7, 2019 (CISA)-The Justice and Peace Commission of the Southern African Catholic Bishops Conference (SACBC) organized an exhibition to give a voice to sick miners who will be involved in a court case against Sasol and other coal mining companies.

“Over the decades, thousands of ex-miners who are sick as a result of coal mining and coal-based energy have remained invisible and voiceless. The Exhibition seeks to give a voice to the sick miners and shine light on their struggle for justice,” reads an invitation from the commission.

The initiative held May 30-June 6 was in support of the miners who denounced the mining company Sasol Coal for having contracted serious lung diseases and other pathologies due to years of inhalation of coal dust.

“The Exhibition seeks to give a voice to the sick miners and shine light on their struggle for justice. The damage inflicted by the South African coal mining industry requires remedy. The mining companies must take some responsibility in paying compensation to the ex-miners suffering from black lung disease,” it reads.

The initiative was to call upon the mining industries to take their share of responsibility in paying compensation to ex miners suffering from the black lung disease, coal pneumoconiosis.

The South African Bishops, through the Justice and Peace Commission, have been supporting the class action initiated by hundreds of miners who contracted the disease and by the relatives of workers who had died in the meantime due to pneumoconiosis.