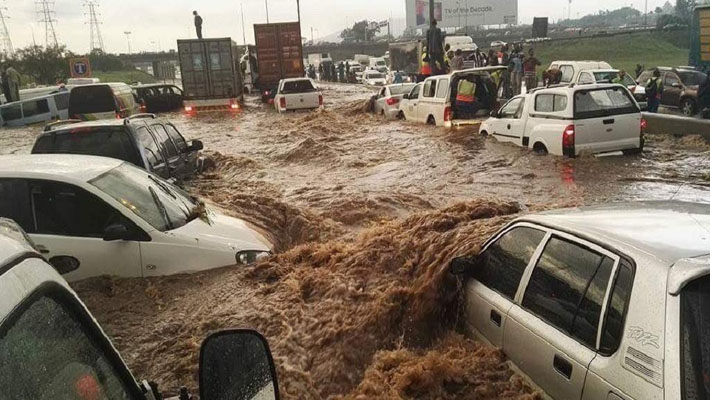 VATICAN, APRIL 30, 2019 (CISA)-Pope Francis has asked faithful to join him in praying for the victims of floods in South Africa.

While addressing pilgrims gathered at St Peter’s Square on April 28 for the Sunday Regina Coeli prayer, Pope Francis asked for prayers for “…those who have lost their lives or suffered serious damage as a result of the recent floods in South Africa.”

“May these brothers and sisters of ours not lack our solidarity as well as the concrete support of the international community,” he said.

70 people have reportedly died in floods that ravaged parts of the coastal province of KwaZulu-Natal in South Africa’s southeast. The flooding began on Monday, April 22 after heavy rain caused mudslides in several towns in Durban.

Authorities have warned that there could be more rains in the coming days. The South Africa Broadcasting Corporation puts the number of those displaced at over 1000.