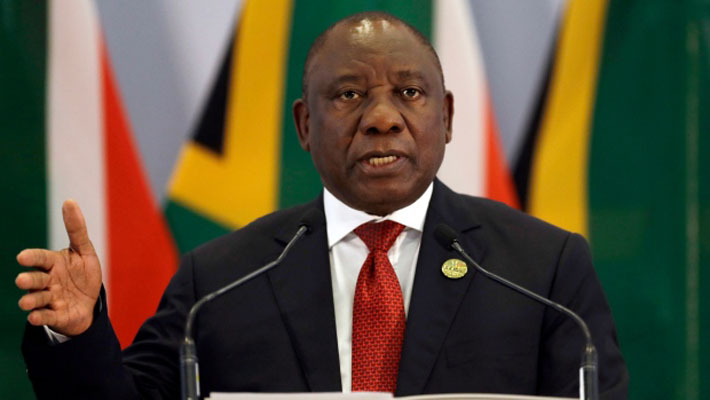 JOHANESSBURG, MAY 30 2019 (CISA) – President Cyril Ramaphosa on Wednesday May 29 named a trimmed-down Cabinet that is 50% women, making the country one of the few in the world that is gender balanced.

“For the first time in the history of our country, half of all ministers are women,” the 66-year-old leader said in a televised address on Wednesday in Johannesburg.

President Ramaphosa said he reduced the number of ministers to 28 from 36 by combining a number of posts in a bid to cut spending, promote greater coherence and improve efficiency.

The appointments followed a similar move by Rwanda and Ethiopia in 2018, while noting that his appointments were made solely on merit.

“In appointing a new national executive, I have taken a number of considerations into account, including experience, continuity, competence, generational mix and demographic and regional diversity,” he said.

“The people who I am appointing today must realize that the expectations of the South African people have never been greater and that they will shoulder a great responsibility,” he added.

One notable appointee in a Cabinet that Ramaphosa said was, Patricia De Lille, the leader of a recently formed opposition party who will now serve the country as the minister for public works and infrastructure.

This was a rare incident as an opposition leader was among the appointees. The President also included young leaders like former African National Congress Youth league deputy President Ronald Lamola as the minister for Justice and correctional services and Youth leader and Njabulo Nzuza as the deputy minister for home affairs.