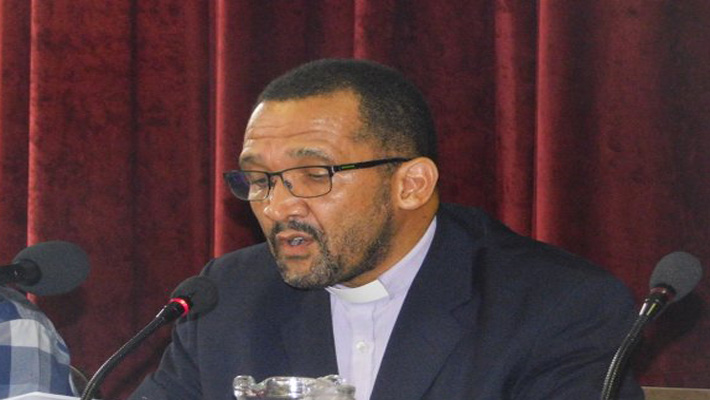 PRETORIA, JANUARY 24, 2020 (CISA)-The President of the Southern African Catholic Bishops Conference (SACBC), Bishop Sithembele Sipuka, has challenged South Africans to reduce their dependency on grants and participate in building the economy of the country.

While appreciating the government’s contribution in uplifting the lives of the people, the bishop said that grants should be used as a temporal measure.

“No nation can perpetually leave on grants; it is not sustainable and it is not desirable for human dignity. The people will regain their dignity when they are able to participate in the economy instead of being given handouts,” Bishop Sipuka said.

Bishop Sipuka was speaking during the opening of their Plenary Session in Pretoria on January 22.  He expressed his dissatisfaction with the way the grants are administered, saying it has developed a problematic attitude.

“People are not to be treated as objects of delivery, but as active agents of the growth of economy. So, we must keep the conversation about economy going and engage in discussions about alternative economic systems that will give dignity to everybody,” he added.

While referring to an increase of teenage mothers in the country, Bishop Sipuka warned that continued overdependence on grants would lead to reduced parental responsibility.

“We cannot solve the problem of teenage pregnancy by only giving grants, we need to get to the bottom of the problem,” he said, further inviting the government, civil society and the Church to help address the problem.

“We need to come up with some programs which will deal with the formation of young people to curb this problem,” he added.

Bishop Sithembele Sipuka also spoke about the SACBC’s new Pastoral Plan, the position of the Church in society, engagements with the government, and the state of the grant system in South Africa, the electricity crisis, and electoral reform.

He lauded SACBC’s member countries from Botswana, South Africa and Swaziland for their individual contributions saying the plenary will give them a chance to share with the conference on the state in those countries.