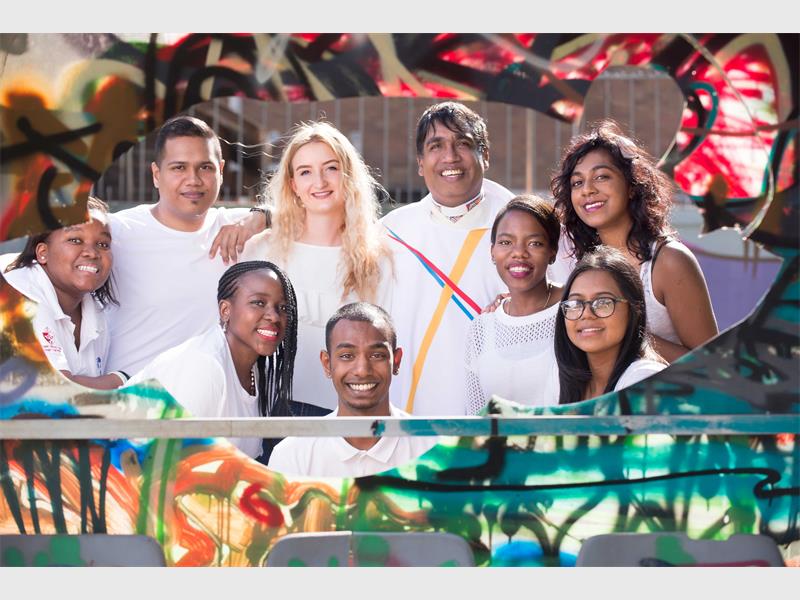 The conference which began on December 6 and will run until December 10 is dubbed ‘Mini World you Day,’ and is under the theme “The Mighty One has done great things for me, and holy is His Name,” derived from the Blessed Virgin Mary’s Magnificat found in Luke 1:49.

“The Mini World youth Day of this year is attended by all Southern Africa Catholic Bishops, and it is ecumenical in nature as it graced by other representatives from different denominations who have been working closely with the Catholic Church,” Southern African Catholic Bishops’ Conference Communications officer, Fr Paul Tatu said in a statement.

The Southern African Catholic Bishops’ Conference consists of all dioceses in South Africa and dioceses in Botswana and Swaziland.

Fr Tatu hailed the event as unique in that it brings together Southern Africa’s young people from very different backgrounds and said the 2017 MWYD promises young people unprecedented access to their bishops through interaction such as in Catechetical sessions.

“Young people will gather around a particular bishop and learn from his experience of faith,” he stated adding that the event will also be an opportunity for young people to learn from peers and other teachers of the Gospel.

The 2017 MWYD was characterized by activities such as; Youth Cultural Festival, Holy Mass, a night vigil, rosary, stations of the cross, reconciliation and a session of ‘Catholics have talent.’

The organizers of the conference noted they were following the good works of St. John Paul II who first instituted World Youth Day in 1985 and told the youth of the world: “You can be young and modern and at the same time profoundly Christian.”