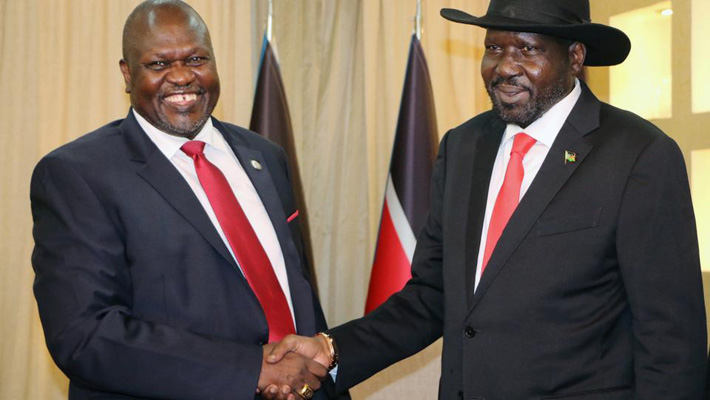 JUBA, FEBRUARY 18, 2020 (CISA)-Archbishop Paolino Lukudu Loro Emeritus of Juba, has lauded President Salva Kiir’s decision to reduce the number of states in the country to ten, a new development towards the creation of a transitional government of national unity.

“I am very positive today about this decision; it is the right way that South Sudan should have started, we were already 10 states when we started and that was like the birth of the child,” Archbishop Lukudu said, expressing support for the president’s decision.

President Kiir said the decision to reduce the states to 10 from 32 was for the sake of the country’s peace.

A statement released February 15 noted that President Kiir, his First Vice President Taban Deng Gai, and Vice President James Wani Igga, who represented the incumbent government, agreed to go back to the original ten states that South Sudan had at independence.

They also added three administrative regions which could be addressed during the formation of the transitional government expected to be done with opposition leader Dr. Riek Machar.

“We recognised that this decision may not have been the best option for our people but for the sake of peace and unity in the country, the presidency sees it as necessary,” President Kiir said.

“This decision was reached by the presidency after weighing several options and we thought this compromise will preserve the unity of the country and move the people of South Sudan out of this imposed senseless conflict which has affected the livelihood for many of our citizens,” he added.

In November 2019, Presient Kiir and Riek Machar pledged to form government of national unity by February 22.