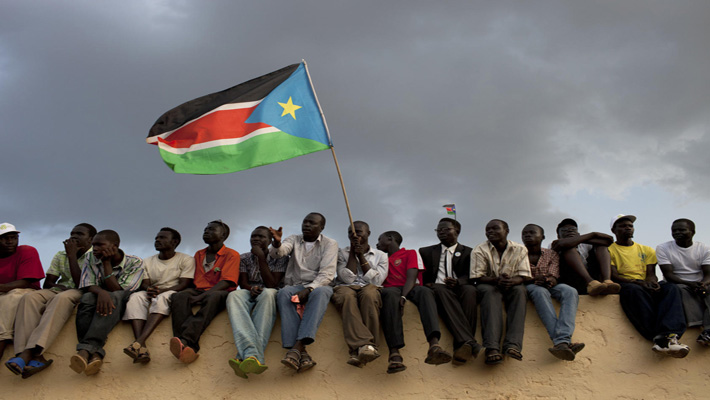 JUBA, JULY 13, 2021 (CISA)– Pope Francis, Archbishop Justin Welby of the Church of England, and Rev. Jim Wallace, Moderator of the Church of Scotland in a joint message, have urged the leaders of the Republic of South Sudan to restore peace in the country.

“South Sudanese continue to live in fear, uncertainty, and lack confidence that their nation can indeed deliver justice, liberty, and prosperity. We encourage the leaders to make greater efforts to enable people to enjoy the full fruits of independence,” they said in a July 9 letter.

While lauding small progress made towards peace in the country, they noted that a lot more needs to be done to shape a nation that reflects God’s Kingdom in which the dignity of all is respected with citizens having reconciled.

“Such an effort, may require personal sacrifice from you as leaders – Christ’s own example of leadership shows this powerfully and today we wish you to know that we stand alongside you as you look to the future and seek to discern afresh how best to serve all the people of South Sudan,” they said.

The South Sudan Council of Churches (SSCC) in their independence anniversary message lamented the situation of conflict in the country, stressing that the second decade should usher in peace, justice, healing, and reconciliation.

“As we mark ten years of our independence today, with pains in our hearts, there is little to celebrate. It is truly a difficult time and experience for us, the people of South Sudan. Our hearts continue to groan with pain, anguish, turmoil, despair, and misery as lives are lost every day in every corner of our country. The conflict has become the context in which we are evolving with rampant proxy inter-communal violence, increasing cases of sexual violence, revenge killings, and land grabbing and child abduction,” the council said on July 9.

South Sudan attained its independence on July 9, 2011, following a referendum in which the majority of the population voted to separate from Sudan.

Two years later, the country broke into civil war in 2013. A peace deal was reached however conflict broke out again in 2016 before a second peace deal – the RARCC of 2018 was signed.

In 2020, the nation formed a Revitalized Transitional Government of National Unity made up of members of previously warring parties in accordance with the 2018 peace deal. However, its implementation has been delayed.