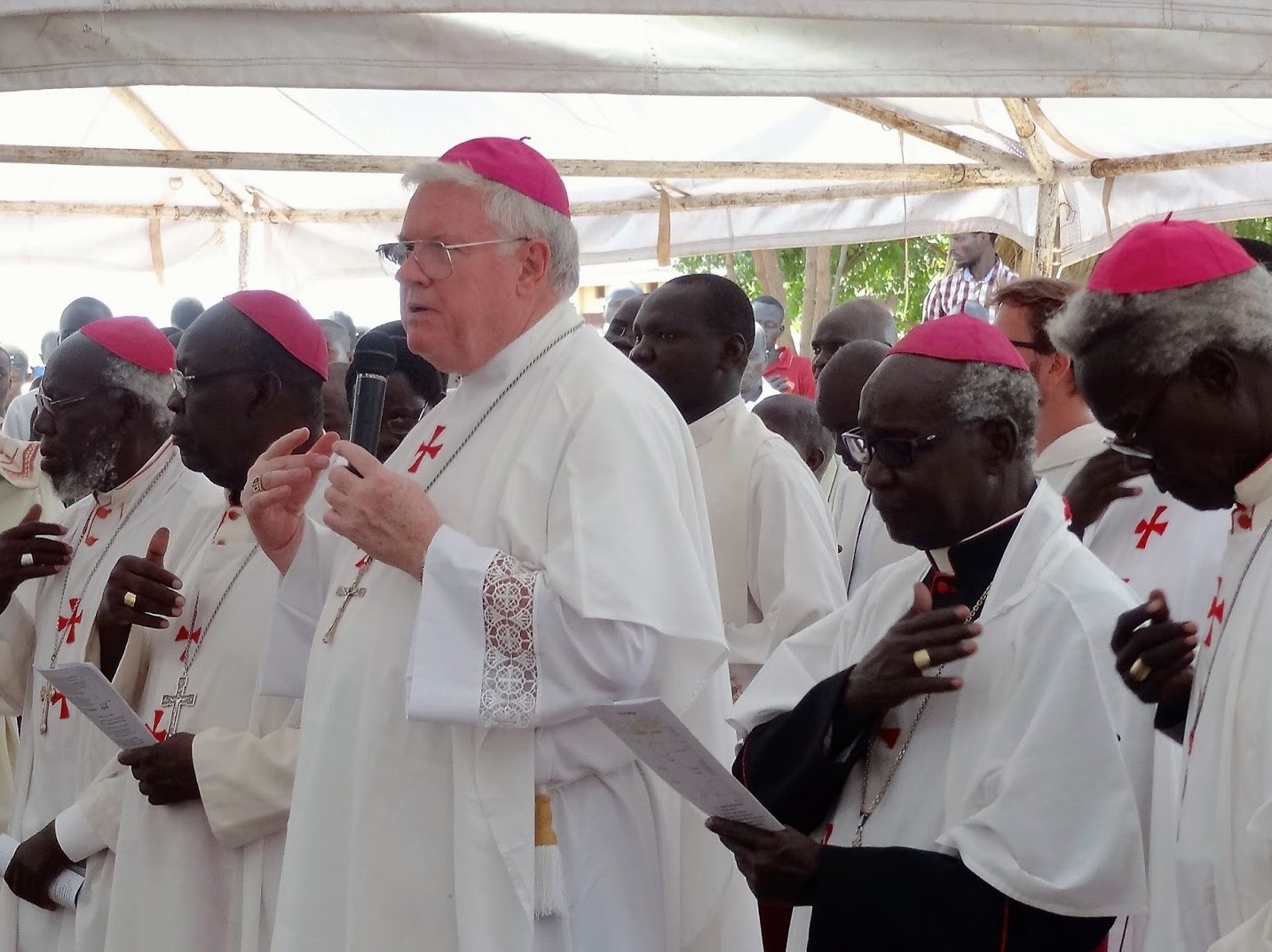 Archbishop Balvo was speaking October 10 during the celebration of Saint Daniel Comboni at Saint Theresa Cathedral Kator in Juba, where he said the process of appointing new bishops for Malakal, Torit, Rumbek and Wau was on the way.

“That is why I went to Wau last Saturday and held consultations with almost one hundred priests and religious people including Lay leaders in the Diocese of Wau,” Archbishop Balvo told Juba Monitor.

“So when I return to Nairobi with the information I already have,  it will give me a big head start on the process of looking for new bishops (for the vacant dioceses in South Sudan) ,” he added.

The four dioceses that have no bishops currently are; Torit, Malakal, Rumbek and Wau.

The bishop of Torit Akio Johnson Mutek died in Nairobi, Kenya in 2013, while Bishop Rudolf Deng Majak of Wau diocese, died in Germany in March this year.

Bishop Cesare Mazzolari of Rumbek diocese died in 2011, and the seat of the bishop of Malakal diocese has been vacant since 2009, when Bishop Vincent Nyikeir retired after reaching the age of 75 in accordance with the Catholic Church Canon law.

The Nuncio noted that in few months, there will be a public announcement of the first bishop from amongst the four and that will be the new bishop for the Diocese of Torit.