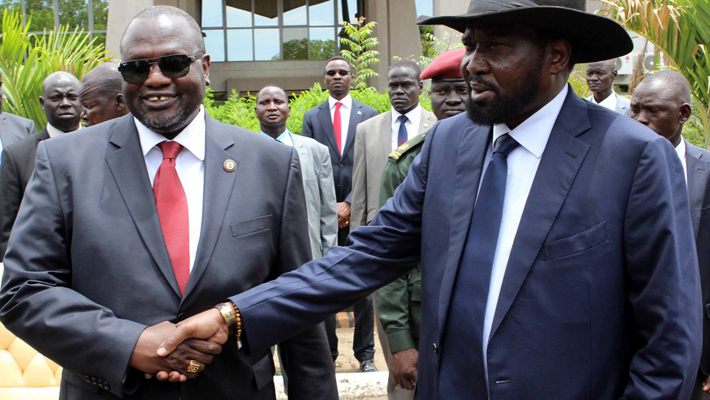 “Preparations are afoot to give a new impetus to this new round of talks and ensure a successful outcome,” he said.

The minister’s Friday 22 statement came after Kiir and Machar met on June 21 during the Extra-Ordinary Summit of Inter Governmental Authority on Development (IGAD) Assembly of Heads of State and Government in Addis Ababa.

This is the first time the two have met since 2016 when a peace deal collapsed, leading to the deaths of hundreds of people in the South Sudan capital of Juba.

Leaders present during the summit pushed for peace talks to resolve the stalemate in South Sudan but despite the long awaited face to face meeting between the two warring parties, reconciliation remained elusive.

In their statements ahead of the meeting, the Sudan People’s Liberation Movement in Opposition (SPLM-IO) rebel group led by Riek Machar, called the current peace efforts unrealistic and warned that South Sudan government forces were planning an attack on their troops.

“For any meaningful dialogue to take place, it should be within the context of a comprehensive political settlement, so that the guns can fall silent and a conducive environment for dialogue established,” said SPLM-IO in their statement.

Next week’s talks will be convened by Sudanese President Omar al-Bashir, who is considered a key player in South Sudan’s history.

South Sudan descended into a civil war in late 2013, and the conflict has created one of the fastest growing refugee crisis in the world.

The Uganda Episcopal Conference in collaboration with International Aid agencies has reaffirmed its commitment in welcoming and taking care of the refugees.

“On top of the over one million South Sudanese in the North, mainly in Arura Diocese with others in Gulu Archdiocese, there are thousands of people who have fled into Kasese, Hoima and Fort Portal Dioceses coming from the Democratic Republic of Congo and From Burundi,” they said in their statement.