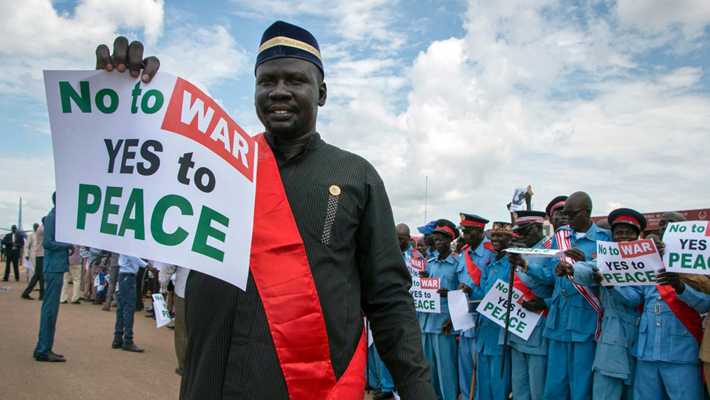 The signing of the peace deal, which happened on September 12 in Addis Ababa, came two weeks after Sudan mediated an agreement between the two.

The deal will see the rebel leader Riek Machar reinstated as the Vice President of the state of South Sudan, which was his initial position before the outbreak of civil war in 2013.

“With the signing of this revitalised agreement, we should publicly acknowledge it is but one step on the road to peace, but one which lays the foundation for all that follows,” said the head of the United Nations Mission in South Sudan, David Shearer.

The government spokesperson, Ateny Wek Ateny has said the agreement is acceptable to all parties, Kiir, Machar and other opposition parties and termed it as the “final final” deal.

Other countries that played a key role in overseeing peace efforts in South Sudan include Norway, the United Kingdom, and the United States.

“We hope discussions will remain open to those who are not yet convinced of the sustainability of this agreement. We must seize this broader regional momentum to secure peace for the people of South Sudan,” stated a joint statement issued by the three countries.

Some of the other important elements of the peace deal that are to be implemented in the next eight months (pre-trial period), include the formation of a Cabinet of 35 members by the two parties, appointing of new members of parliament, constituting the National Boundary Committee and integrating the armed groups into a single national army.