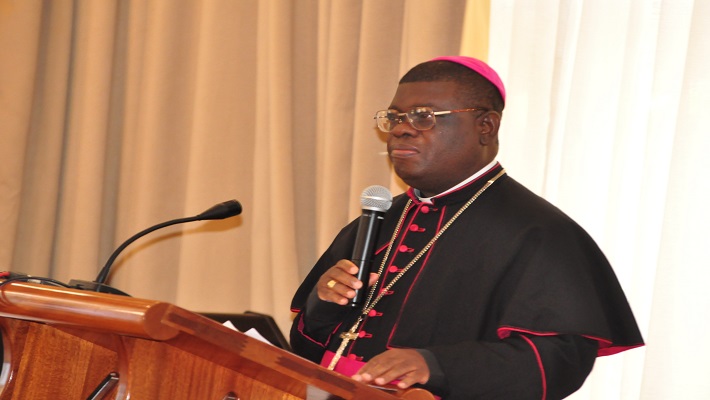 DAR-ES-SALAAM, MAY 24, 2022 (CISA)– The Association of Member Episcopal Conferences in Eastern Africa (AMECEA) region is preparing for the 20th Plenary Assembly to be held in Tanzania from July 10 to 18. The plenary Assembly is hosted on a rotational basis after four years in the different conferences within the region.

According to the bishop chairman of AMECEA, Bishop Charles Kasonde of Solwezi, Zambia, this year’s plenary will reflect on the Pope’s encyclical Laudato Si’ and deliberate on issues on the care of creation under the theme “Environmental Impact on Integral Human Development”.

“Issues of environmental conservation are very important because it borders on survival, especially for the poor people. We want to scale down on the cutting of trees, and forests but for us to succeed we need to engage the governments. We want to stop people from cutting those trees and converting them into charcoal,” Bishop Kasonde told CISA on May 23 in Nairobi.

“We, in the South and Central of Africa have been hit by cyclone Hanna and we have attributed that to the destruction of forest cover and poisoning of the environment in which we live. Our forthcoming plenary is an opportune moment for us to seriously reflect and ponder how faithfully we have remained as custodians of what God has given us,” he said.

Although wood is a common source of energy for many households in the AMECEA region, the plenary will seek to “reasonably” deal with it as it contributes to the destruction of the environment by seeking alternative sources of energy without affecting the underprivileged population.

“We need to engage the government so that they extend their wings into the provision of renewable energy and hydroelectricity so that a number of people access this facility as we cut down on wood energy,” the bishop stressed.

In line with the conservation of the environment, the plenary will also discuss sustainable agricultural methods that can be adapted as opposed to the common methods that harm the environment. For instance, Bishop Kasonde says “the farming that conserves our land without using the toxic fertilizers that in most cases pollute our land and reduce on the fertility of our land. Those are the issues we want to look at.”

Agreeing with the proposed theme of the plenary, Fr Charles Kitima, the Secretary-General of the Tanzania Episcopal Conference (TEC), noted that it is so relevant and key to the needs of Tanzanians.

“There is a lot of land mismanagement and in fact, 67% of Tanzanians depend on land for Agriculture, daily income and basic needs. So, there is a need for proper management of land for the good of future generations,” said Fr Kitima.

“Last year, the Conference launched a project dubbed “Greening Tanzania,” this project is concerned with the conservation, protection and restoration of a degraded environment. So, we have started campaigns on the care of the environment and we have engaged experts to educate the people on what they can do in terms of restoration of ecosystem,” he added.

As per the initial plans, AMECEA bishops will convene in Dar-es-Salaam from July 9 and the opening Mass will be on July 10.