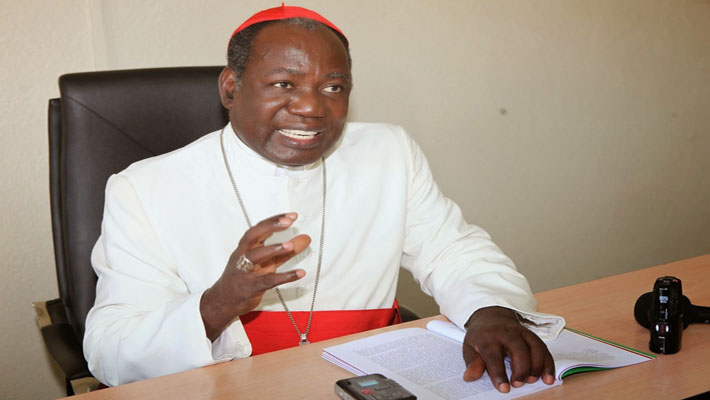 DAR-ES-SALAAM, AUGUST 20, 2019 (CISA)-Pope Francis has accepted the resignation of Cardinal Polycarp Pengo of the Catholic Archdiocese of Dar Es Salaam who has attained the retirement age of 75.

According to a statement issued Thursday August 15 by the Secretary General of the Tanzania Episcopal Conference (TEC) Fr Charles Kitima, Cardinal Pengo will be succeeded by Archbishop Thaddeus Ruwa’ichi, co-adjutor of Dar Es Salaam.

He was appointed Cardinal on February 21, 1998 becoming the second Tanzanian Cardinal after the retirement of Laurean Cardinal Rugambwa.

Cardinal Pengo served as President of the Symposium Episcopal Conferences of Africa and Madagascar (SECAM) between 2007 and 2013.

He was Pope Francis’ representative during the beatification of Sr Irene Stefani (Nyaatha) in Kenya on May 23, 2015.