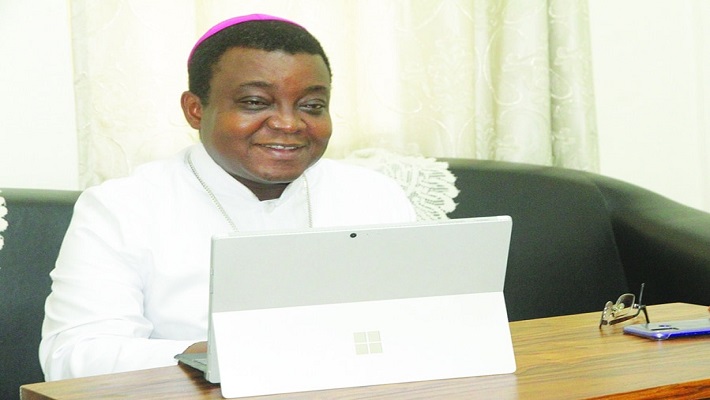 LOMÉ, MAY 13, 2022 (CISA)– Archbishop Nicodème Barrigah-Bénissan of the Catholic Archdiocese of Lomé will on May 21 launch his book titled Crisis of Authority, Abuse of Power, which analyses the weakening of authority in all its forms and suggests avenues for its rehabilitation.

It interprets authority and power in their various meanings and depicts their excesses, at the ecclesial, family, political and social levels.

Lacroix Africa reports the 126-page book is prefaced by Cardinal Dieudonné Nzapalainga, Archbishop of Bangui in the Central African Republic who writes in part “the author makes a careful reading of the decline of authority, which leads to the abuse of power in a dynamic of cause to effect”.

The author’s analysis reveals that “without legitimacy, authority turns into power and, step by step, into potential tyranny.”

“Claiming absolute power is the characteristic of any despot who ignores himself and who, without realizing it, substitutes himself for his constituents, passing off his will as theirs,” he adds noting that the crisis of authority is a global phenomenon.

Archbishop Barrigah-Bénissan highlights the urgency of fighting against clericalism within the Church, which he says is the source of all sorts of evils, including the abuses. The prelate advances that the solution to the evils resulting from the erroneous conception of the authority of the Church lies in “the very understanding of authority in the Church that must be reviewed and restored to its true nature.”

A poet and musician, Archbishop Nicodème Barrigah-Bénissan, now 59, has published numerous works including the play Le Trône royal (1993, 2019), which was the winner of the Togo Literary Grand Prize 2020.

Archbishop Barrigah-Bénissan, before joining the episcopacy,  served in the diplomatic service of the Holy See between 1997 to 2008. His first mission was in Rwanda, where he contributed to the management of the legal consequences of the genocide, in particular the trial of a bishop. Then he was sent to El Salvador, and then to Ivory Coast, where he was present during the politico-military crisis. Finally, for a year, he was sent to Israel from March 2007 to March 2008.