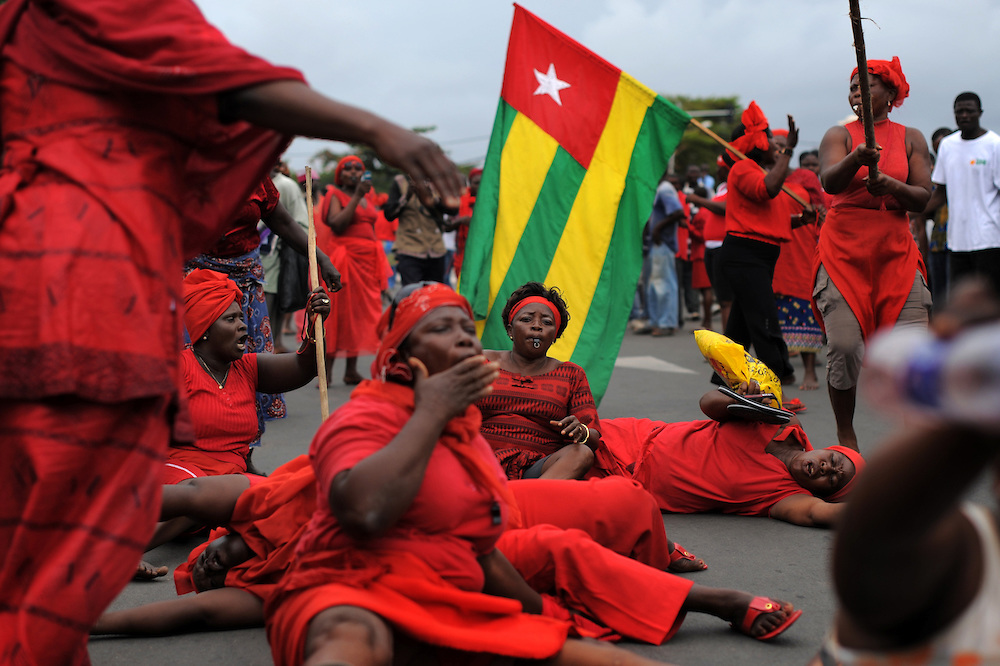 LOME SEPTEMBER 19, 2017(CISA) – Catholic Bishops Conference of Togo (CEDUT) has condemned violent protests and excessive use of force by police to rioters in the nation.

“In the phase of social tension that exists in Togo, it is necessary to seek peaceful and constructive confrontation, without degenerating into gratuitous violence,” said the bishops in a statement read by Archbishop Denis Amuzu-Dzakpah of the Catholic Archdiocese of Lomé.

“The light of the Holy Spirit to shine upon the authorities of [our] country that they may urgently carry out the reforms requested by the people in accordance with the 1992 Constitution,” the bishops added.

On September 6 and 7, thousands of Togolese took to the streets of Lome, Togo’s capital, and in other cities to demand constitutional change to introduce presidential term limits to put to an end to the regime of  President Faure Gnassingbe.

At the weekend, Togo’s bishops slammed “the violence exercised by the forces of law and order” and urged political parties not to organize simultaneous rallies.

The ruling party had initially decided earlier this month to organise marches on the same day as the opposition, forcing the latter to change its dates.

The bishops said that they have organized prayers in each diocese for peace and to agitate for institutional and constitutional reforms.

The bishops challenged the Togolese army, urging them to,“adopt a republican attitude by avoiding any interference in political debate.”

The bishops further called on political leaders not to organize opposing demonstrations on the same day to avoid clashes resulting from these rallies.

Although numerous declarations, messages and pastoral letters on the nation’s socio-political crisis have been issued previously, reported Fides, this is the first occasion in thirty years that the Togolese Church has organized such a direct and synchronized address in each diocese.