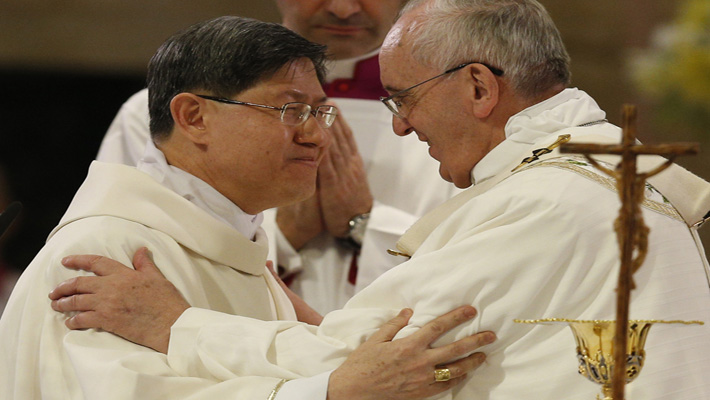 KPALIMÉ, JANUARY 7, 2020 (CISA)-The congregation of Evangelization of Peoples has called on priests, deacons, religious and faithful of the Catholic diocese of Kpalimé to initiate spiritual healing and reconciliation urging the diocesan community to respect and obedience to the bishop.

The Cardinal Prefect in charge of the evangelization of peoples, Luis Antonio Tagle and the Archbishop of Manila, recalls that the “recent tensions ” Which were created in the relationship between certain priests and the bishop of Kpalimé “ have injured communion and outraged charity, causing disarray, understandable disorientation and scandal.”

In a letter read on Friday January 3 at the Holy Spirit Cathedral of Kaplimè by Mgr Denis Amuzu-Dzakpah, Archbishop Emeritus of Lomé and Vice-President of the Bishops’ Conference of Togo, cardinal Tagle urged the Christian community in Kpalimé to “pacify souls”.

According to Lacroix Africa, the tensions between certain priests of this diocese and their bishop, Mgr Benoît Alowonou, had sparked heated controversy at the beginning of 2018.

The crisis led to the suspension of three priests Frs Daniel Gbadji, Yves-Paul Azaglo and Gerson Gale on April 4, 2018. They were accused of “scandalous behavior during the Chrism Mass of March 28, 2018 when they refused to renew their priestly promises to the bishop.

Bishop Alowonou while refraining from commenting on the letter called on the Christian community to pray for unity and ecclesial communion, to walk in the footsteps of Christ as the theme of the 2019-2020 pastoral year in the diocese of Kpalime.”