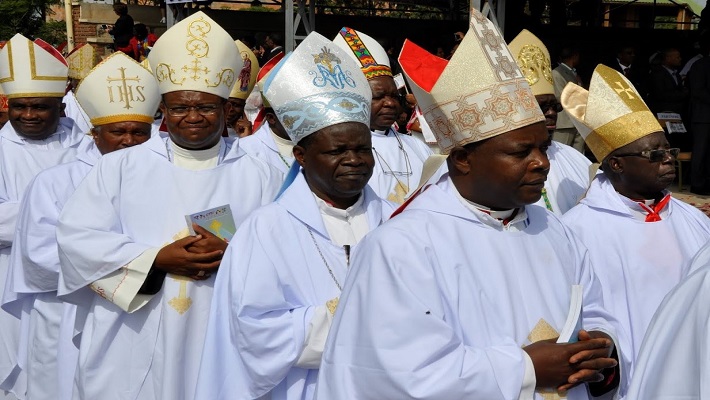 KAMPALA, APRIL 9, 2021 (CISA)– The Association of Member Episcopal Conferences in Eastern Africa (AMECEA) have described he late Archbishop Cyprian Kizito Lwanga of Kampala as a pillar of the Catholic faith across the region.

“Archbishop Lwanga was a pillar of our Catholic faith not only in that Archdiocese which hosts the shrine of Uganda Martyrs, but the entire AMECEA region as he was so welcoming to all the pilgrims coming to Namugongo for the feast of Saint Charles Lwanga and his Companions every year,” reads a condolence message sent to Rt. Rev. Joseph Anthony Zziwa, President of Uganda Episcopal Conference.

“My memories are so fresh about Archbishop Lwanga welcoming us in Kampala for the SECAM Jubilee celebration and plenary in 2019 so much that it is difficult to believe that he has left us so suddenly,” Rt. Rev. Charles Kasonde the Chairman of AMECEA said in the statement on the behalf of the bishops.

Archbishop Lwanga was accorded state funeral on Tuesday April 6 in an event held at Kololo Independence grounds in the capital Kampala attended by President Yoweri Museveni.

“The reason why I ordered for national mourning is because Dr Cyprian Lwanga was an archbishop, but also because he was our sympathizer while we fought in the bush,” President Museveni said.

Archbishop Lwanga was buried on April 8 in a crypt inside St Mary’s Cathedral Rubaga.

In separate statements, AMECEA has also condoled with the Church in South Sudan following the demise of Archbishop Emeritus Paolino Lukudu Loro of the Archdiocese of Juba, and Bishop Alfred Maluma of Njombe diocese in Tanzania.