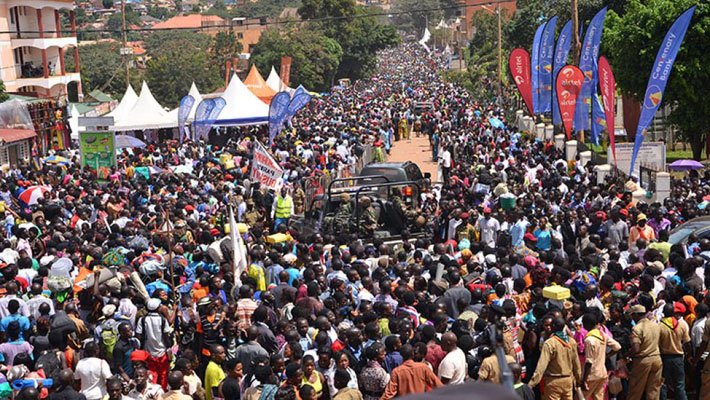 NAMUGONGO, JUNE 4, 2019 (CISA) – Archbishop John Baptist Odama of Gulu has asked politicians to reflect on their actions, avoid playing dirty politics against each other and present what is good for the nation.

In his homily during the 55th Celebrations of Martyrs day at Namugongo Shrine on June 3, the archbishop said that the moral decay eating up the society is largely due to disobedience to God.

“Things like corruption are disobedience to God, they are fruits of selfishness and greed extended to things like human trafficking, robbery and theft, child trafficking among other vices,” he said.

The Archbishop called for obedience to God in a bid to curb societal vices in line with this year’s theme “Obey God always and everywhere” which was drawn from the Book of Acts.

“Obedience to God means, to hear, trust, submit and surrender to God and seek His Word,” the archbishop noted.

The 2019 Martyrs day was animated by the Catholic archdiocese of Gulu and attended by thousands of pilgrims drawn from different parts of the world.

The event was also attended by the Ugandan Vice President, Edward Ssekandi on the behalf of President Yoweri Museveni alongside other political leaders.