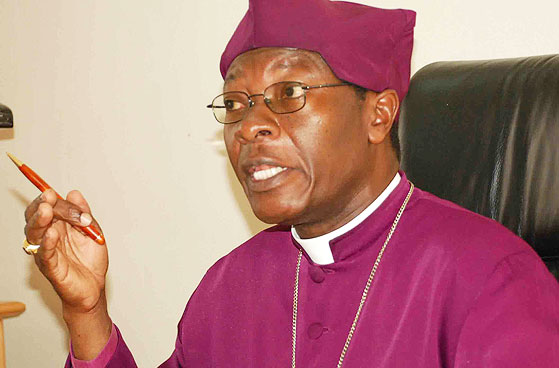 KAMPALA DECEMBER 22, 2017 (CISA) – Bishop Wilberforce Kityo Luwalira of the Catholic Diocese of Namirembe has called on politicians to respect each other as fellow Ugandans who love the country equally.

In his Christmas message delivered December 21 at the Bishop’s Residence at Namirembe, the bishop asked all Ugandans especially political and religious leaders to be mindful of what they say to each other, reported Uganda Radio Network.

Bishop Luwalira asked “politicians and religious leaders to act and communicate in a responsible way that emulates the life of Jesus Christ”.

The prelate said that some politicians and religious leaders “today act or talk without thinking of the repercussions of what they are doing” as a result, they say things or act in a way that causes disunity.

The bishop’s message comes at a time the country is polarized by the ongoing debate on the proposed amendment to the constitution to remove presidential age limits.

The controversial bill was in September tabled by Igara West Member of Parliament Raphael Magezi seeking to amend Article 102(b) of the Ugandan Constitution, which bars people below 35 and those above 75 from contesting for the office of the president.

On 18 December parliament passed the bill which lifted the upper presidential age limit of 75 years and reduced the lower limit to 18 years.

Six opposition MPs who were strongly opposed to the amendment were suspended from parliament sittings prior to the voting raising more questions on the legitimacy of the bill. Speaker of the National Assembly Rebecca Kadaga accused them of misconduct.

The opposition is accusing President Yoweri Museveni of having a hand in the bill in order to guarantee him a chance to vie for presidency in 2022.

Museveni who is 73 years will be 76 years come 2021 thus would not have been eligible to contest for presidency since he will have surpassed the age limit as guided by the constitution.