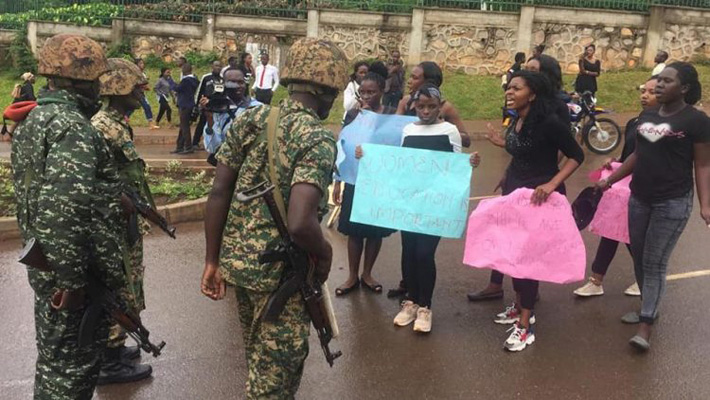 KAMPALA, NOVEMBER 12, 2019 (CISA) -The Uganda Episcopal Conference has condemned police brutality against journalists, opposition leaders and students of Makerere University in the recent protests in Kampala, and urged the government to instead seek to resolve such conflict with dialogue.

“We strongly believe that the level of brutality exercised and the amount of force used by some security agents while arresting the demonstrating students of Makerere University, the journalists and opposition political groups, was uncalled for and violated the human dignity,” the bishops said in a November 8 statement, released at the end of their November 4-8 plenary assembly in Kampala.

They called for respect of Articles 24 and 44(a) of the Constitution which stipulate respect of human rights and dignity.

“As shepherds of God’s people, we would like to remind everybody that violence is never a solution to solving differences. It will not help us to make our country a family where everybody can live in peace and harmony,” the bishops said.

“We therefore call on government to promote dialogue and to always listen to the grievances of its citizens. We also appeal to the various individuals, communities and institutions in our country to respect the rule of law and endeavor to seek peaceful ways of resolving conflicts,” they urged.

The strike broke out on October 22 as students protested institution policy to annually increase tuition fee by 15 percent. Students opposed to the increment assert that it will affect private sponsored students and deny them the basic fundamental right to education.

The protests left some students wounded, hospitalized, and others arrested.