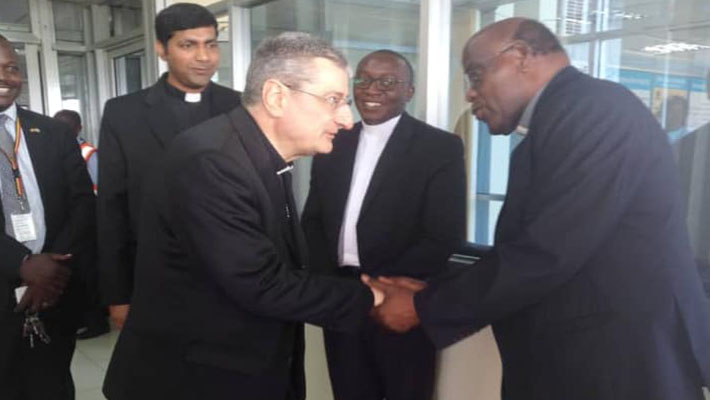 He was received at the Entebbe International Airport by His Secretary- Monsignor Alfred D’Souza, the Chairman of the Uganda Episcopal Conference (UEC) Bishop Joseph Zziwa, Archbishop Cyprian Kizito Lwanga of Kampala, and the Secretary General of UEC Monsignor John B. Kauta.

Pope Francis appointed Archbishop Bianco as the new Apostolic Nuncio to Uganda, in February this year, taking over from American Archbishop Micheal August Blume, who was transferred to Hungary.

Archbishop Bianco, until his appointment to Uganda was the Apostolic Nuncio to Ethiopia, overseeing Djibouti and also in charge of Somalia. He was formerly Nuncio to Honduras.

Archbishop Luigi Bianco was born on March 3 1960 in Montemagno Italy and was ordained priest in March 1985.