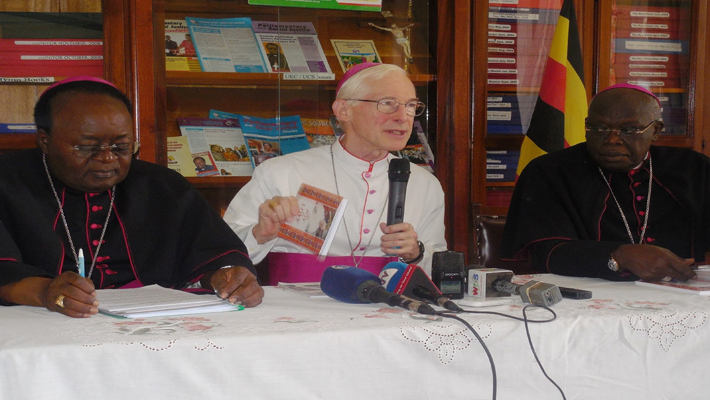 Archbishop Blume has been the Apostolic Nuncio to Ugnada since February 2, 2013 on appointment by Pope Emeritus Benedict XVI.

Archbishop Blume, replaced Korean Archbishop Paul Tschang In-Nam as Nuncio to Uganda five years ago. He was instrumental in organizing the Pope Francis’ visit to Uganda in November 2015.

Until his posting to Uganda in 2013, Archbishop Blume was Apostolic Nuncio to Benin and Togo.

Archbishop Blume holds a bachelor’s degree in mathematics and a doctorate degree in Theology from the Pontifical Gregorian University, Rome. Immediately after his doctorate studies, he was assigned professor of Theology at the Regional Seminary in Cape Coast, Ghana from 1975 to 1983.

He is a former Provincial Superior of the Society of Divine Word (S.V.D.) in Ghana, Benin and Togo from 1983 to 1990 before appointment to secretary general of the Society in Rome from 1990 to 1994.