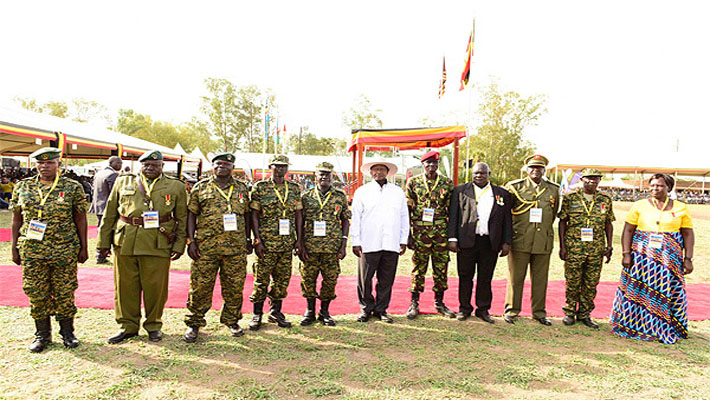 GULU, MAY 7, 2019 (CISA)-The Vicar General of Catholic Archdiocese of Gulu, Monsignor Matthew Odong, has received the Presidential Medal in recognition for his contributions towards peace building in Northern Uganda.

He was awarded for erecting learning institutions to offer quality education, and other humanitarian assistance to war victims during the Lord’s Resistance Army (LRA) insurgency that went on for almost two decades in the region.

President Museveni cited schools like Archbishop Flynn Secondary School in Pader District as a, “…learning institution built to offer holistic education to the children recovering from the effects of revolution in Northern Uganda.”

Monsignor Odong was also honored for his vision in establishing modern farms in Acholi land, an initiative that enhanced the aspirations of people towards food production in the region.

Archbishop John Baptist Odama of the Catholic Archdiocese of Gulu and his Vicar General, Monsignor Matthew Odong have both been recognized worldwide for their outstanding contributions to peace-building in Northern Uganda.