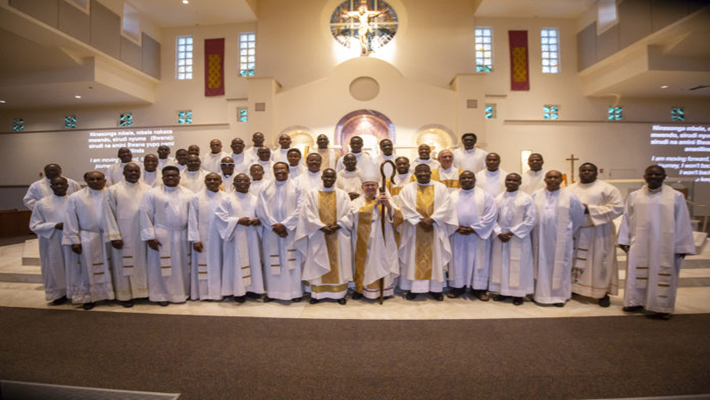 PHOENIX, AUGUST 17, 2018(CISA)-The Catholic Diocese of Phoenix in Arizona hosted over 60 members of the African Conference of Catholic Clergy and Religious in the United States for the group’s annual conference that took place August 1- 4.

The group included 43 priests and 16 nuns.

“We don’t have enough priests in our diocese to sustain the needs of our people,” Sue Schindel, who represents the vicar for priest’s office in Phoenix Diocese, said.

“The African nations are part of the missionary pool we draw from to ensure we have priests so parishioners can celebrate their freedom of religion and their Catholic faith in their neighborhood parish,” she added.

Fr Fred Adamson, vicar general and moderator of the curia for the Phoenix Diocese, said the African clergy teach “great missionary zeal” in their willingness to leave their homeland and follow God’s call.

“They come as humble servants to a strange land and foreign culture to serve, they themselves were served by missionaries in their own country and now serve us in their witness and love of the Lord,” Fr Adamson said.

“They have brought a tremendous love for the Gospel into our congregation, these missionaries have profoundly impacted the many parishioners they serve in the diocese,” Nancy Welton, a local parishioner of 19 years, told the media.

The four-day conference focused on the theme of a global church and the implications of this for the Church in Africa.