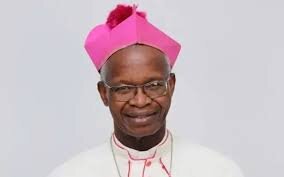 VATICAN, NOVEMBER 29, 2022 (CISA)– His Eminence Richard Kuuia Baawobr, President of the Symposium of Episcopal Conferences of Africa and Madagascar (SECAM) and Bishop of the Catholic Diocese of Wa, is dead.

The 63-year-old prelate died on November 27 at the Agostino Gemelli University Hospital shortly after he was taken in an ambulance, from the Generelate of the Missionaries of Africa in Rome where he had been recuperating after undergoing a heart procedure.

“With Sadness and pain, we hereby inform you of the return to the heavenly Father of Cardinal Richard Baawobr which occurred today, Sunday, 27 November 2022,” said Fr André-Léon Simonart, the Secretary-General at the General Curiae of the Missionaries of Africa in a communique dated November 27.

According to the communique, Richard Cardinal Baawobr was taken to Gemelli hospital at 5: 45p.m and was reported dead at 6:25 p.m.

Cardinal Baawobr was first hospitalized at the Santo Spirito Hospital in Rome and was later transferred to the Agostino Gemelli University Hospital on October 15. He was discharged from the facility on November 18 to the Generelate of African Missionaries where he was, according to a November 19 update by the Vicar General of the Catholic Diocese of Wa, Very Rev Fr Cornelius Naah Bayirinoba, “to rest and regain his strength.”

“May Richard rest in the peace of his Lord whom he so generously served. On behalf of the bereaved society, our prayer and our thoughts go also to his family, to his diocese, his fellow bishops, to all his friends and acquaintances,” condoled Fr Simonart.

Richard Cardinal Kuuia Baawobr was elected president of SECAM on July 30, 2022, at the 19th Plenary Assembly of SECAM held in Accra, Ghana and was later elevated to the College of Cardinals on August 27, 2022, at a consistory in Rome which he failed to attend due to his heart condition.

Cardinal Baawobr was born in Tom-Zendagangn, Ghana on June 21, 1959. He went to St. Francis Xavier Minor Seminary, and Nandom Secondary School and later joined the St. Victor major seminary in Tamale in 1979 to study philosophy. He entered the Society of Missionaries of Africa in 1981 and fulfilled his novitiate in Friborg, Switzerland in 1982.

He made his religious vows on December 5, 1986, at St. Edward’s College in London, completed his theological studies at the Missionary Institute London in 1987 and was ordained a priest on July 18, 1987.

He attended the Pontifical Biblical Institute in Rome between 1991 and 1996 where he studied exegesis and earned a licentiate in sacred scripture and a doctorate in Biblical theology from Ignatian spirituality at Le Chatelard in Lyon, France.

He has previously served as parish vicar in Livulu in the Archdiocese of Kinshasa, Democratic Republic of Congo; formator in Kahangala, Tanzania and director of the formation house in Toulouse.

He became the first African Superior General of the Congregation of Missionaries of Africa when he was elected in 2010 for a six-year term. He also became Vice Grand Chancellor of the Pontifical Institute for Arab-Islamic Studies (PISAI).

He was appointed Bishop of Wa on February 17, 2016, and became Ghana’s third Cardinal after Peter Cardinal Turkson who consecrated him to the episcopate, and His Eminence Peter Porekuu Dery.

He was among the youngest cardinals elevated by Pope Francis in August.