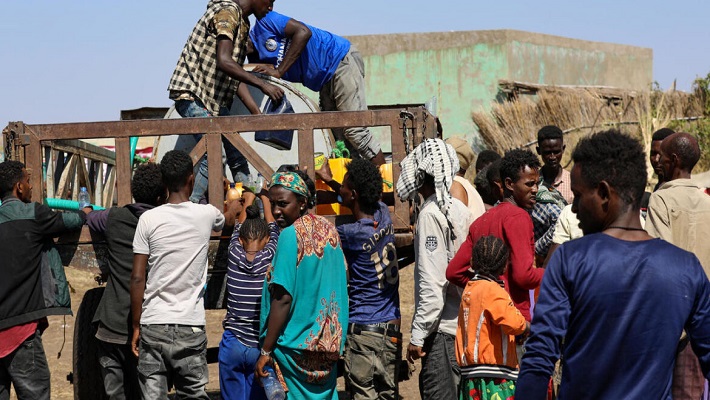 LUSAKA, NOVEMBER 13, 2020 (CISA)-“…having noted with great concern the escalating of tension between the Ethiopian Federal government and the Northern Tigray People’s Liberation Front (TPLF), I write to express our solidarity with you, the entire Catholic Bishops Conference of Ethiopia (CBCE) and all the people who are so much affected by the worsening situation in Tigray,” reads part of a letter by Rt. Rev. Charles Kasonde, Bishop of Solwezi Diocese and chairman of the Association of Member Episcopal Conferences in Eastern Africa (AMECEA) to the Church in Ethiopia.

In the letter dated Nov 13 2020, addressed to Souraphiel Cardinal Berhaneyesus Demerew, the President of the Catholic Bishops Conference of Ethiopia and Archbishop of Addis Ababa, the conference expressed hope that the conflict can be resolved peacefully without it turning into a civil war.

AMECEA acknowledged that such peaceful resolutions can only happen if there is political will for negotiation for a peaceful solution.

“Without quickly doing so, this discord between the Federal Government of Ethiopia and the Tigray Peoples Liberation Front (TPLF) in a political landscape which is already characterized by ethnic alliances is likely to result into more casualties on the troops, more bloodshed among the civilians, destruction of the properties and displacement of millions of the people,” the conference warned.

The bishops joined Pope Francis and the Bishops in Ethiopia in appealing to the Federal Government of Ethiopia and the TPLF to stop fueling the conflict.

“We too discourage them from use of military power as it will only transform the conflict into civil war, making the beautiful country of Ethiopia to become more destabilized country. Instead we appeal for peaceful dialogue,” the letter reads.

While commending efforts by the CBCE, the religious leaders and other stakeholders to restore peace to the Tigray region, the bishops invited all the faithful and people of good will to continue praying for the leadership of the Federal Government and the TPLF.

“We remain united with you that all the key stakeholders play a positive role that can foster the restoration of peace in Tigray region, reconciliation among the ethnic groups and the retain of stability to Ethiopia as a country.”

Clashes between government forces and TPLF began on November 4 after Prime Minister Abiy Ahmed accused the TPLF forces of attacking a military base in Tigray. The prime minister ordered government forces to engage forces loyal to the TPLF.

According to a statement by Amnesty International hundreds of people are already reported to have died from the conflict.  United Nations High Commissioner of Refugees is working with authorities in Sudan to provide lifesaving assistance to more than 7,000 refugees from Ethiopia, who have fled across the border as a result of the conflict.