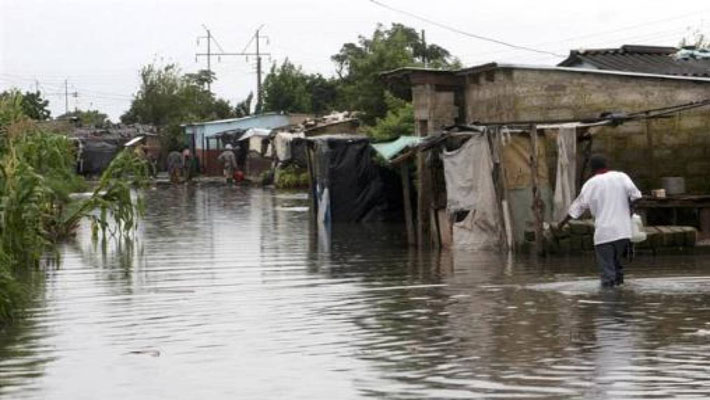 LUSAKA, JUNE 18, 2019 (CISA)-The Zambia Conference of Catholic bishops (ZCCB), through Caritas Zambia, has appealed to all well-wishers to donate food for victims of  prolonged drought, and floods in parts of the country.

“This contribution (of the Catholic Church) toward government effort will target about 10 percent, which is about 42,000 households of the total number of estimated households currently in dire need of help. We call upon Zambians with the ability to make contributions to this noble cause to come in,” the bishops said in a June 18 press briefing.

In reference to a research conducted by the Catholic Church, about 50 districts are experiencing serious hunger with about 419,000 households affected by the dry spell , 79 percent of the crops were affected by drought, 13 percent by floods while 4 percent  were affected by both floods and drought.

“Southern, Western and some parts of Eastern, Central and Lusaka provinces experienced total crop failure. This means that households in these areas did not harvest anything that would help to sustain their livelihoods up to the next agricultural season…Prolonged drought during the last farming season has created water shortage both for animals and communities,” the  bishops said.

“The government of Zambia through the ministry of agriculture recently cancelled holding of annual agriculture shows in the affected areas which is a clear evidence that the situation is stressful and our people are in dire need,” the bishops noted.

They further noted that some households are surviving on wild fruits, while others are getting by without any meals, a situation that is threatening the nutritional status of many especially the children and could cause deaths.

The bishops further warned politicians against using the situation to advance their political agenda saying “…it is an act of injustice to gain political mileage, in a situation where people are in dire need of food and are vulnerable. Regardless of where help is coming from, people should not be told to support certain political parties just because they have been given aid.”

The bishops appealed to government; “In view of the staggering number of households that have been affected by the floods and dry spell, we call on the government to acknowledge the gravity of the problem and declare the affected areas as disaster areas.”

Caritas Zambia is working in collaboration with the Catholic Relief Services (CRS), Norwegian Church Aid and The Catholic Agency for Overseas Development (CAFOD).