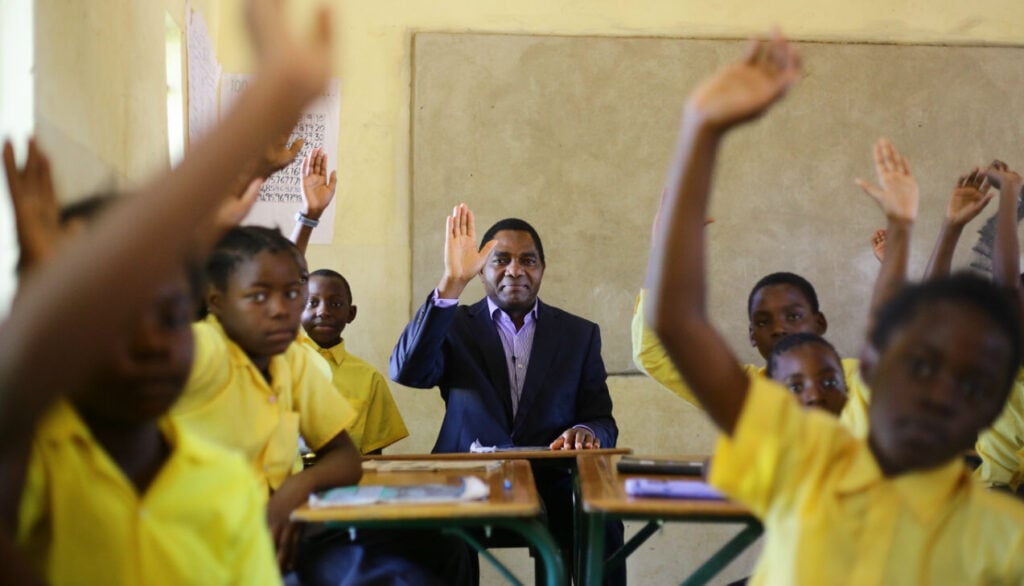 LUSAKA, NOVEMBER 18, 2022 (CISA)- The implementation process of Zambia’s Free Education Policy for primary and secondary education, an election promise by President Hakainde Hichilema, has proved a bane in the management of grant-aided schools and other institutions in general, the Zambia Conference of Catholic Bishops (ZCCB) has said.

“Its implementation was rushed without preparing much-needed room and desk space for the overwhelming newly enrolled pupils. The number of teachers in schools has not changed much while pupil population has doubled or tripled making teacher-learner ratio disproportional,” lamented the Catholic bishops in a statement dated November 18 in which they say that although the Free Education Policy is a welcome idea, its implementation policy has gaps and challenges.

The bishops also observed that although the government recently employed 30,496 new teachers, the teacher recruitment exercise did not, however, target secondary school teachers where the policy was also implemented.

The bishops observed that with the rise in student population, many schools especially the Grant Aided Schools; schools owned and managed by Church organizations in partnership with the government, have been forced to employ more teachers on contracts to meet the demand of the student-teacher ratio.

“This is a strain on the limited resources of the schools in which the remunerations were paid by Boards or the scrapped PTAs and most of the capital projects that were being undertaken by Grant Aided Schools are now failing. Subsidies from the government are not enough and are usually restrictive,” the bishops said.

In the run-up to the August 2021 election, President Hakainde Hichilema promised Zambians that his New Dawn government would ensure that the right to education is guaranteed for the country’s nearly eight million children by removing the monetary obstacles that made it inaccessible to the majority of citizens. However, the hurried implementation of this new policy has been received with both great joy and scepticism.