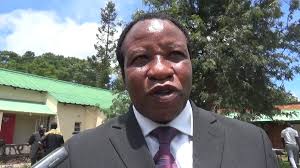 LUSAKA, MAY 22, 2018 (CISA)-Caritas Zambia has called upon the church to collaborate with all the key stakeholders in the nation into the ongoing process of national dialogue and reconciliation.

“We are of the considered view that the church has not only the moral authority but also the convening power, needed impartiality and the undisputed track-record of mediating national political conflicts,” said Caritas Executive Director Eugene Kabilika in a statement issued to the press on May 18.

Kabilika lamented that the nation has failed to address setbacks resultant of the previous elections and further asked citizens to be on the frontline in participating in the structured national dialogue process.

“The tendency of moving on and dragging along people, who are aggrieved as if nothing happened, does not help to unite the country,” he added.

He asked Zambians to, “participate in actions that will help to bring Zambia back to the correct trajectory, where human rights are truly respected, transparency and accountability is cherished, poor people especially small scale farmers are protected from displacements, the integrity of creation is respected and all people in Zambia are treated equally.”

In his statement, he urged Zambian authorities to refrain from using force in calming the situation.

“As believers in a democratic dispensation that cherishes parliamentary democracy, we would like to build and consolidate on our demands for respect for divergent views and for rights of individuals and political parties to organise, associate and assemble without any undue restrictions and intimidation,” he added.

He further appreciated the efforts made by Zambia Centre for Interparty Dialogue (ZCID) to hold the National Democracy Summit for stakeholders with the desire to promote dialogue as a mechanism to influence policy decisions and reforms among government actors and stakeholders.

“We are aware that this ZCID led summit is aimed at providing and facilitating a platform for stakeholders and political actors to consult each other and reach a common understanding on identifies issues related to national dialogue,” said Kabilika.