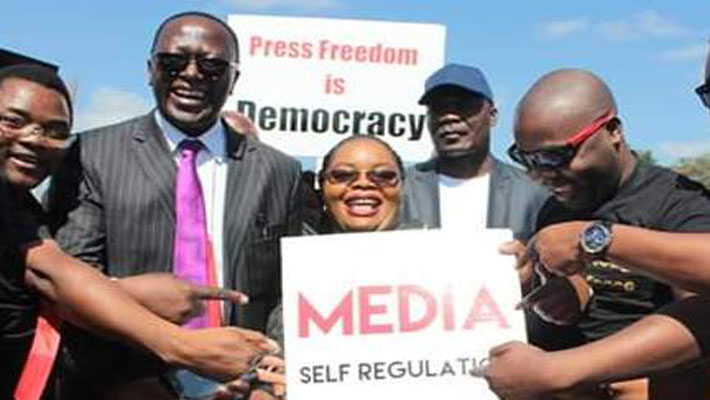 LUSAKA, MAY 29, 2020 (CISA)-The Christian Churches Monitoring Group (CCMG) has expressed concern over continued intimidation and harassment of the media in Zambia.

According to a May 21 report CCMG Steering Committee Chairperson Fr Cleophas Lungu noted that a free press plays an important role in a democratic society, allowing dissemination of information and a space for the exchange of opinions and ideas.

“…in these challenging times of the COVID-19 pandemic, governments have a duty to uphold and protect the freedom of the press so that free information sharing is guaranteed. CCMG thus notes with concern the recent happenings aimed at limiting press freedom, censoring and intimidating the media. CCMG calls on government to take concrete actions to investigate and hold individuals accountable for any violations,” he said, reported the Zambia Conference of Catholic Bishops (ZCCB).

According to the report, harassment incidents include Mpika District Commissioner instructing Mpika FM not to host a programme featuring the United Party for National Development (UPND) President Hakainde Hicilema, the unauthorized entry of suspected PF cadres into Muchinga Radio studio in Chinsali on May 15 to disrupt a programme featuring UPND President via telephone and the May 18 attack on Isoka FM during an interview with the UPND President.

Condemning the incidents, Fr Lungu said CCMG is concerned that such acts of intimidation represent a restriction of press freedom. He noted that as Zambia prepares for 2021 elections, the media must remain free as part of a democratic, transparent and credible electoral process.

“Law enforcement agencies should investigate the incidents in Chinsali and Isoka and ensure that the individuals involved are brought to book. CCMG also calls on government officials to refrain from using their office to intimidate the media, and those who do be disciplined according to the appropriate procedures. Further, we call upon the Independent Broadcasting Authority to play its role in providing protection to the media through existing statutes to ensure that media houses operate independently,” he said.

CCMG is an alliance of four faith based organisations formed in 2015 to help promote credible elections through non-partisan citizen monitoring.

The partner organisations include the Council of Churches in Zambia (CCZ), Evangelical Fellowship of Zambia (EFZ), the Jesuit Centre for Theological Reflections (JCTR), and Zambia Conference of Catholic Bishops (ZCCB) through Caritas Zambia.