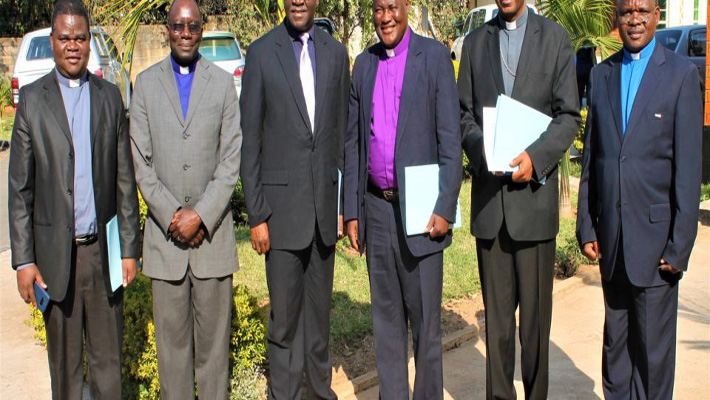 NDOLA, OCTOBER 30, 2018 (CISA)-Zambian church leaders have condemned the police for arresting and detaining participants at a training workshop at Ndola Baptist Church.

In their joint press statement released on October 26 signed by leaders of Zambia Conference of Catholic Bishops (ZCCB), Council of Churches in Zambia (CCZ) and Evangelical Fellowship of Zambia (EFZ) they criticized the conduct of the police saying it is against the sanctity of the church.

“It is worrisome to note that the propensity of police brutality has now crossed boundaries and can be done in religious buildings which for a very long time have been regarded as sacred places,” reads the statement.

The workshop organized by Centre for Trade and Policy Development (CTPD) aimed at reviewing and identifying the impact of the 2019 national budget, Zambia’s national debt and the reported illicit financial flows.

“We have been informed that while the workshop was being conducted inside a Church building, police came in full riot gear and demanded for an end to the workshop before they proceeded to arrest three (3) CTPD staff and five (5) pastors, locked them up in police cells and we are told that they later charged them with unlawful assembly with intent to commit crime,” the statement adds.

The clerics called upon the Zambia Police Command to “…be professional and operate above board to the satisfaction of all citizens regardless of their political affiliation, trice, race or religion.”

“The police service must also operate above board by ensuring that there is freedom of assembly, speech and religion as enshrined in the laws of the land,” they said.

They further assured of their commitment in advocating for social justice and speaking for the voiceless in the country.

“We will continue to defend the freedom of expression and assembly,” they said in relation to the emerging habit of the police ambushing unarmed and defenseless citizens and making arbitrary arrests and detentions.