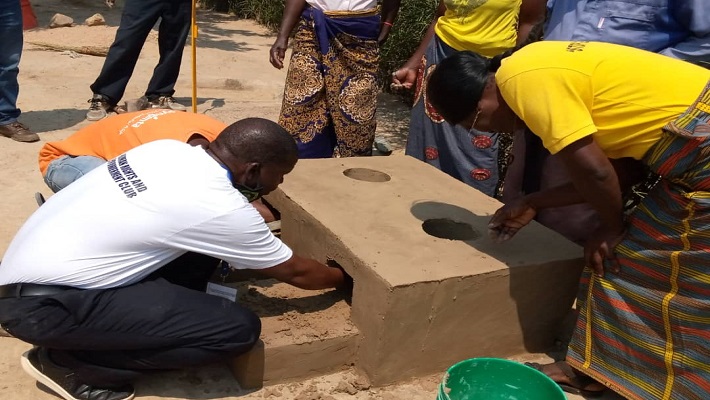 NDOLA, SEPTEMBER 25, 2020 (CISA)-The Catholic Diocese of Ndola has initiated a program promoting the use of alternative and efficient sources of fuel.

“The project aims at training communities in construction of wood saving (fuel efficient) stoves and engaging them in constructive and quality dialogue on the effects/impacts of deforestation and climate change,” reads a report shared on September 23 by the diocese.

The program aims at reducing risks on forests which have for some time been destroyed due to human activity including mining, agriculture, charcoal manufacturing and collection of logs for fire wood.

To reduce cutting down the use of logs and overdependence on charcoal, Ndola diocese through the program is encouraging the use of rocks bed; a wood stove which uses scrubs as fuel with small stones, Clay Maize which includes the use of maize cobs in small clay pot and energy efficient cook stove which involves the construction of a stove by mixing anthill soil, building sand and sixty liters of water.

“The world was created with a belt (“Lungs”) of dense forests (Amazon forest, Congo forest) across the world to provide a factory to purify the air for humanity,” the statement reads.

The project is in response to Laudato si the encyclical letter by Pope Francis which emphasizes the need to care for the earth.

“Our Only Common Home needs replenishing and the Diocese is playing its part in imparting the knowledge and skills on the use of fuel efficient cook stoves. Below are a few highlight.”

As part of its initial plans in rolling out the project, the diocese has trained 24 people, 12 in Mishikishi – Masaiti district and 12 in Zimba compound of Mufulira district, who in turn are expected to train others in the use of the three alternative ways.