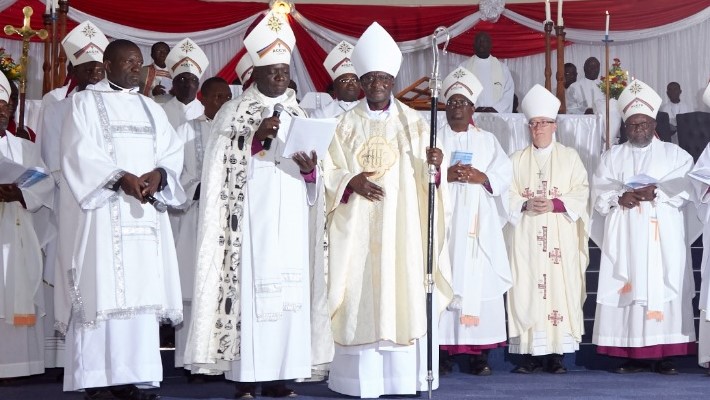 HARARE, AUGUST 28, 2020 (CISA)-“Indeed the ‘March Is Not Ended’ unless and until the issues raised by the people of Zimbabwe and also echoed by the bishops are attended to and resolved holistically,” the Anglican Council of Zimbabwe (ACZ) has said.

In their letter published on Wednesday August 26 and signed by all five of the Anglican bishops, said that they wanted to express their concerns on the happenings in the country emphasising that “there is no way the Church will remain silent”.

The Anglican bishops noted with “concern the several responses by the Government of Zimbabwe to the Zimbabwe Catholic Bishops’ Conference (ZCBC) which seem to dismiss the fact that the Church is called to exercise its prophetic role, which can mean challenging our political leaders on their conduct of affairs, particularly if this affects the people of God”.

“We stand with the truth that the Catholic Bishops so ably articulated,” reads another statement issued by the Evangelical Fellowship of Zimbabwe President, Bishop Never Muparutsa.

“We stand with the truth that the Government is focused on things other than national democratic priorities,” he added.

He said the Evangelical Fellowship of Zimbabwe had decided to side with the Catholic Bishops because Churches in Zimbabwe have in the past discussed ecumenical cooperation and unity where the Churches pledged not to allow themselves be divided by politicians.

“We realised that when we are divided, politicians take advantage. We have not eradicated this completely; politicians still divide us for particular agendas. But we have all agreed that in national matters we must be united, in order to move society in a positive direction. The Church must be nonpartisan, but at the same time, be concerned about the well-being of the general population. We must be the voice of the weak and the voiceless. We must hold our government accountable when it comes to looking after the vulnerable,” he added.

The Zimbabwe Catholic Bishops Conference has faced criticism with the government after they released a pastoral letter on August 15 highlighting the type of suffering citizens have been exposed to by the government.