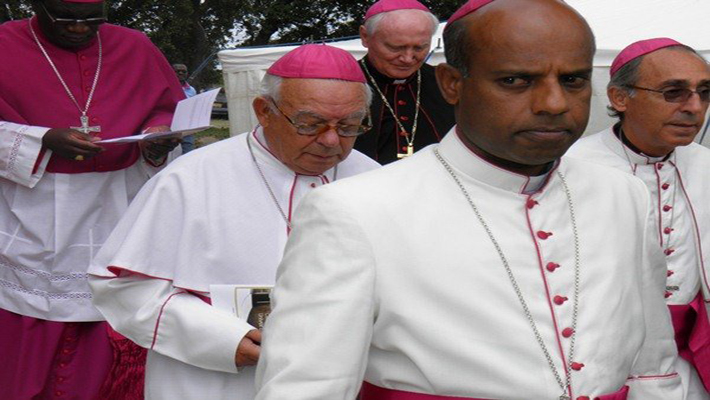 Supporters of the (MDC-Alliance) took to the streets of Harare August 1, protesting the delay in announcing the presidential results of the July 30 voting, in belief the delay would provide room for rigging.

They demanded that the results be announced within the five-day period as stipulated in the constitution. The protestors were confronted by the army and the police who fired live ammunition killing three people on the spot while three more succumbed to their injuries later on.

Bishop Rudolf Nyandoro, the Catholic Commission of Justice and Peace (CCJP) chairperson condemned the use of live ammunition on unarmed civilians.

“As Church, we condemn the killing of the demonstrators and all the ruthless force used by the Zimbabwe Defense Forces and the Zimbabwe Republic Police on 1 August 2018,” said Nyandoro, the bishop of Gokwe Diocese.

According to him this undermines basic human rights and values of human life and human dignity, “We equally blame the use of violent protests and destruction of property when citizens have grievances,” he added.

The bishop asked the army and police to apologize for the excessive use of force to the nation and the bereaved families that lost their loved ones in the shooting. This would open doors for healing and rebuilding of good relationships between citizens and their defense forces

Nyandoro asked all political parties to use the safe space promised by the Church for peace building and inclusion to address the immediate and deeper problems affecting Zimbabwe.

International observers said that Monday’s vote, though peaceful, had been marred by irregularities including voter intimidation and media bias.