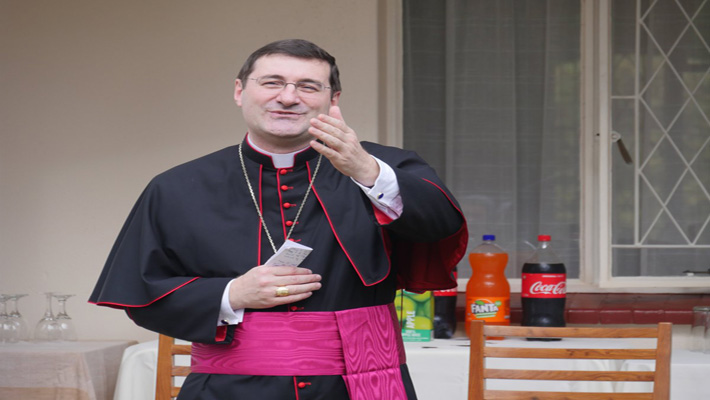 The attacks were in response to a statement released August 14 asking the government to stop suppressing citizens. The government had launched a crackdown on the opposition after the July 31 demonstrations.

“The call for demonstrations is the expression of growing frustration and aggravation caused by the conditions that the majority of Zimbabweans find themselves in. Suppression of people’s anger can only serve to deepen the crisis and take the nation into deeper crisis,” read the statement released by the bishops.

The five page statement by the bishops raised concerns on the current happenings in Zimbabwe, concerns on corruption, the need for national transformation and proposed comprehensive national settlement framework to resolve Zimbabwe’s challenges.

“The voices of various governments, the European Union, the African Union and the UN on the desperate situation in Zimbabwe have not only confirmed the seriousness of human rights breaches by government agents but the need to rally behind #zimbabweanlivesmatter,” the bishops said further disclosing recent attempts by President Cyril Ramaphosa of South Africa to intervene by sending a special envoy.

While warning of the alarming levels of corruption in the country, bishops noted that both the government and civil society have come to terms that corruption is killing the economy and compromising the judicial system.

“While there is this acknowledgement there hasn’t been equally a serious demonstration by government to rid the country of this scourge. The ‘catch and release’ approach makes the ordinary man in the street question the sincerity of government to deal effectively with corruption,” said the bishops.

“We feel that the government is focused on things other than national democratic priorities. This amounts to dereliction of duty,” they said, calling for the support of the Comprehensive National Settlement Framework proposal launched on August 5 to address the challenges.

In response a statement by the Ministry of Information read on national television and other government media on Saturday evening accused Archbishop Ndlovu and other Catholic Bishops of acting contrary to the wishes and positions held by Pope Francis.

The National Movement of catholic Students Zimbabwe through a statement have voiced on the concerns raised by the bishops saying,  “…we are facing a bleak future, hundreds of our members are dropping out of school each year due to worsening economic conditions. The ones who manage to graduate, it is into a jobless economy driving them into destruction and all sorts of activities which erode their dignity.”