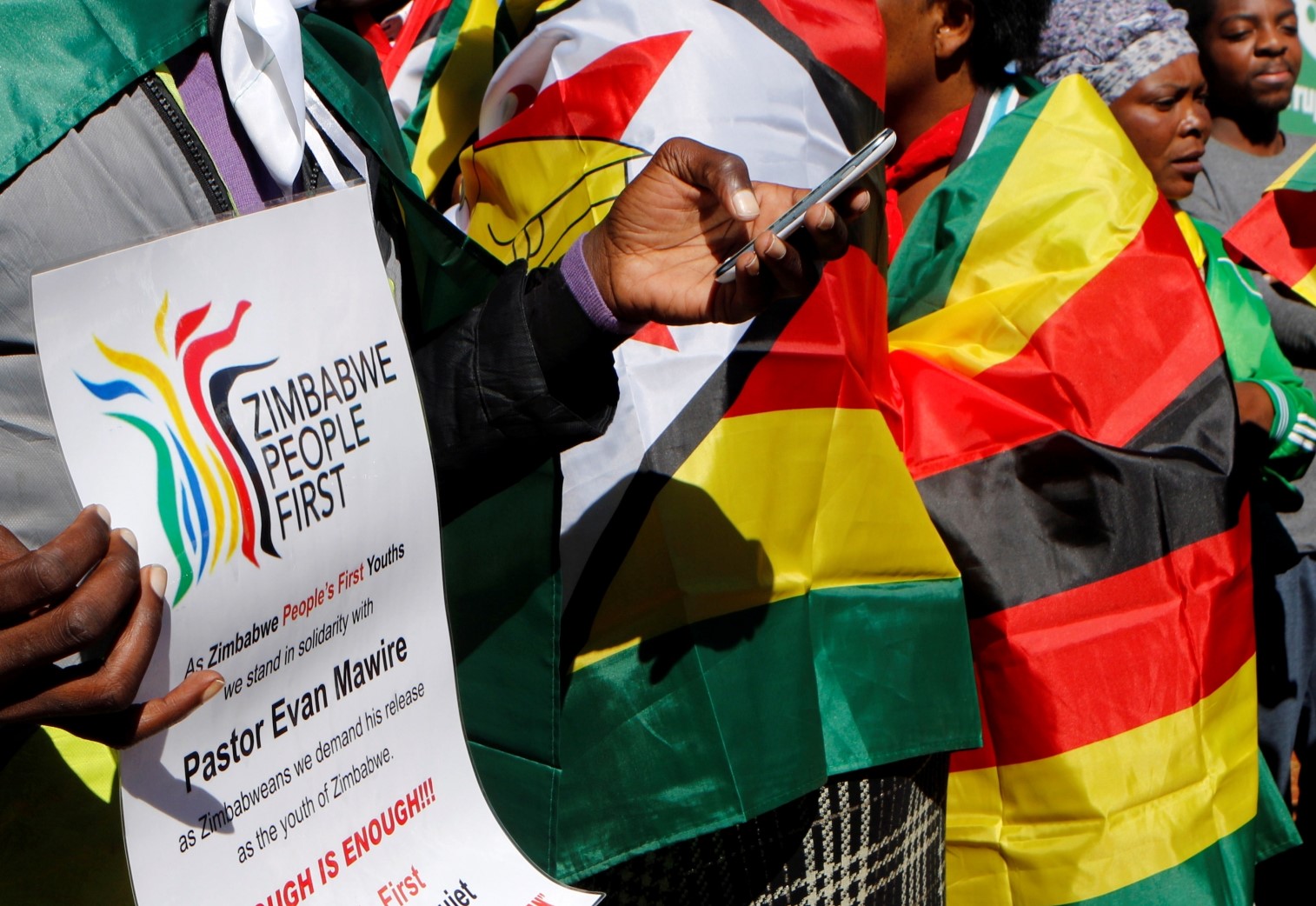 HARARE SEPTEMBER 26, 2017 (CISA) – Pastor Evan Mawarire a prominent critic of President Robert Mugabe was on September 25 put on trial on accusation of attempting to subvert the government, a charge that carries up to 20 years in prison.

Mawarire was arrested on Sunday September 24 as he stepped down from his pulpit after police accused him of circulating social media posts calling on Zimbabweans to demonstrate against fuel shortages and sudden price hikes, reported Reuters.

Appearing in court, the clergyman pleaded not guilty to two charges of subverting the government launched against him in February and the latest two charges of inciting public violence. The latter carries a penalty of up to 10 years in jail.

“He was exercising his constitutional rights of challenging the policies of government. This … was done in a lawful manner,” defense lawyer Harrison Nkomo told the court.

Over the last few days, shortages of basic goods and fuel have emerged in Zimbabwe, resulting in panic buying by consumers. Shortages of cash, which started last year, have also worsened, with some banks unable to provide money at all to customers.

Mawarire’s social media campaign #ThisFlag, gained momentum last year after he draped himself in the country’s flag and called on President Mugabe’s government to address a failing economy and corruption in a series of videos.

The videos helped ignite the largest protests in several years in Zimbabwe leading to his first detention by police on July 12, 2016 for “inciting public violence” — a count that was amended to a much more serious charge of subversion — but was released the next day under immense public pressure, when the court ruled the police had violated his rights.

The pastor fled the country, fearing for his life, spending six months in self-imposed exile in the United States. On his return to Harare in February, he was immediately arrested and again charged with subversion.