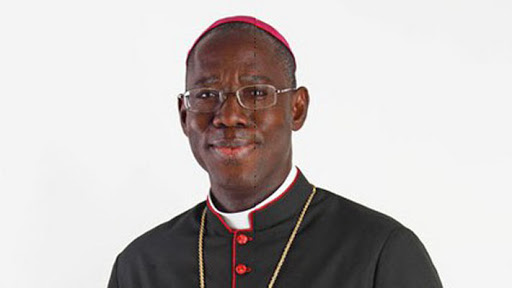 OUADAGOUGOU, JULY 16, 2021 (CISA)-Rt. Rev. Justin Kientega Bishop of the Catholic Diocese of Ouadagougou  has described the humanitarian situation in the region as worrying, as some villages are left empty as people flee terrorist attacks.

“I do not have the exact figure, but there is an increasing number of internally displaced persons. With the opening of a military camp in Bourzanga, we had hoped that some displaced people would return to their villages. Most of the displaced people who had returned to their homes had to flee again in the face of insecurity,” the bishop said.

The prelate told La Croix Africa that the region is in need of humanitarian aid including shelter, food and health services.

“In this rainy season, we have built tents to shelter the displaced. Added to this are the food and health needs that we are facing thanks to NGOs but also the education of children,” bishop Kientega said as he thanked Caritas America for building six classes in the nearby Catholic school to accommodate internally displaced children.

“For the training of those who left the classical school system prematurely, the Brothers of the Missionaries of the Campaigns have opened sewing and hairdressing workshops. Unfortunately, the farmers or herders have lost everything and it is difficult to find arable land for them. It is a concern for us,” he adds.

Bishop Kientega suggested that the needs of the young people in the region be taken care of to prevent them from being recruited into the gangs.

“There are a lot of young people who lack work. We must create small development projects to give them hope. Between religious denominations, we have several initiatives that allow us to come together to dialogue, to pray, but also to have a language that encourages social cohesion,” he said calling on the different factions to embrace peace and national cohesion.

The northern region of Burkina Faso has witnessed ongoing attacks with the recent on happening in June that left about 160 people dead and injuries that ended up overwhelming local hospitals.