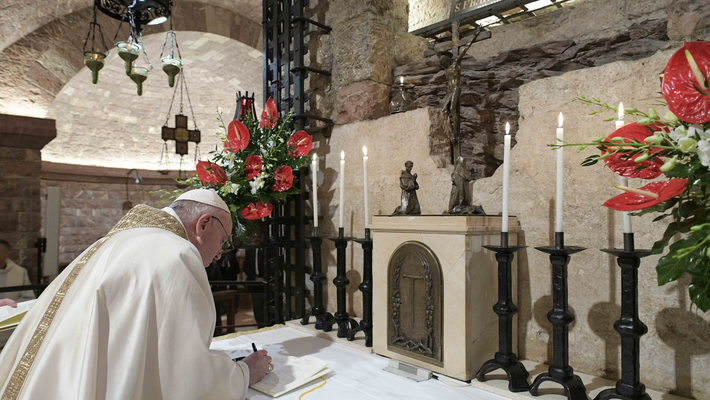 OUAGADOUGOU, OCTOBER 9, 2020 (CISA)– Philippe Cardinal Ouédraogo, the Archbishop of Ouagadougou and President of the Symposium of Episcopal Conferences of Africa and Madagascar (SECAM), has said Africa welcomes Pope Francis’ renewed push for a world built on solidarity and fraternity captured in his encyclical, Fratelli Tutti.

“The Church-Family of God in Africa and the surrounding islands joyfully welcomes the new encyclical of our Holy Father, Pope Francis, Fratelli Tutti (FT) on human fraternity and social friendship, published on 4 October 2020, the feast day of St. Francis of Assisi.”

It is a call on human beings everywhere in the world for a renewed commitment to universal brotherhood, friendship, solidarity and peaceful co-existence,” said Cardinal Ouédraogo, Vatican News reported on October 8.

According to the Cardinal, the encyclical demonstrates that the current coronavirus pandemic is a reminder that, “no one can face life in isolation,” and that the world is actually, “a single human family.”

“Already in his second encyclical, Laudato sì, the Holy Father, Pope Francis had demonstrated our interconnectedness to embrace the Earth, our Mother and Sister,” recalled the Cardinal adding that, “St. John Paul II had earlier said: It is in building the communion of love that the Church appears as a sacrament; as the sign and instrument of intimate union with God and of the unity of the human race.”

“We join the Holy Father to earnestly plead for intensified efforts towards true brotherhood, solidarity, dialogue, mutual acceptance, trust and support, which are crucial values for our current world visibly divided along cultural, religious, social, political and ideological lines or principles. Genuine brotherhood is an appropriate response to the challenges posed by Covid-19,” he emphasized.

“For us in Africa and Madagascar, the Encyclical further reminds us of the need to intensify efforts towards building up the Church as Family, avoiding all ethnocentrism and excessive particularism, trying instead to encourage reconciliation and true communion between different ethnic groups, favouring solidarity and the sharing of personnel and resources among the particular Churches, without undue ethnic considerations,” the Cardinal said.

The archbishop said the spirit of the spirit of Fratelli Tutti will be achieved in Africa and surrounding Islands by selfless deeds and noble conduct on the part of all human beings which he said demands responsible leadership, within and outside the Church.