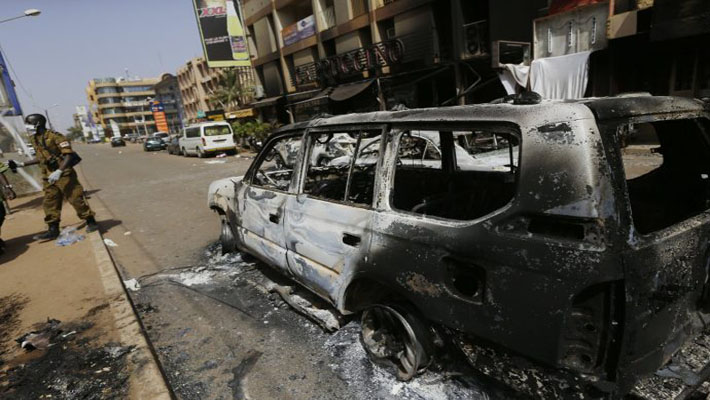 DABLO, MAY 14, 2019 (CISA)-Pope Francis has sent prayers to victims and families affected by the Sunday May 11 gunmen attack on a Catholic church in Dablo, in which six people including a priest were killed.

“The Holy Father has learned with sorrow about the news of the attack on the church in Dablo, Burkina Faso. He prays for the victims, for their families and for the entire Christian community in the country,” the interim director of the Press Office of the Holy See, Alessandro Gisotti, said in a tweet.

The attack took place in the small town of Dablo, about 200 kilometers north of capital Ouagadougou.

According to eyewitnesses, the faithful were leaving church around 9 a.m. when suspected jihadists on motorcycles encircled the church. It appeared that their target was the 34-year old Burkinabe priest, Fr Simeon Yampa, in charge of interreligious dialogue in his diocese.  When he tried to escape, the terrorists chased after and killed him.

They then forced the faithful to lie on the ground, picked out five of them and shot them.

Speaking to journalists, the Mayor of Dablo Ousmane Zongo, said the attackers then burned down the church, looted a pharmacy and some other stores, and left.

“There is an atmosphere of panic in the town. People are holed up in their homes, nothing is going on. The shops and stores are closed. It’s practically a ghost town,” he said.

No one has claimed responsibility for the attacks that allegedly bear the marks of Islamic extremists who are known to be active in the area.

It is the second attack on Christians in two weeks in the West African nation increasingly overrun by jihadists.  On April 29, a Protestant church was attacked and a pastor and five faithful killed in Silgadji, in the province of Soum.

Burkina Faso is among countries in the vast Sahel region that are battling Islamist insurgence.