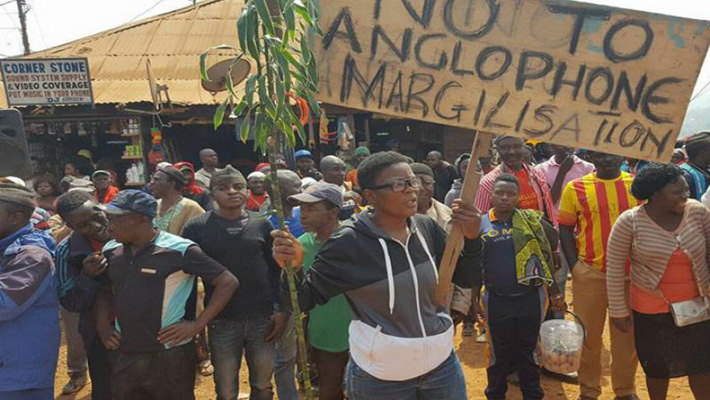 YAOUNDÉ, OCTOBER 9, 2020 (CISA)-Bishops of the English speaking Bamenda Ecclesiastical Province have called on the government to release political prisoners as government battles separatist rebellion in the country’s two Anglophone provinces.

“While appreciating the efforts of the government in releasing 333 Anglophone prisoners as a fruit of the Major National Dialogue of 2019, we hereby reiterate our call for the release of all the prisoners of the Anglophone crisis. This will go a long way to pacify the fighters on the ground and get released prisoners to act as agents for the attainment of justice and peace in our communities,” the bishops said in an October 1 statement.

The ongoing crisis began in 2017 after government forces went against strikes organized by Anglophone teachers and lawyers over perceived attempts by the majority French-speaking-government to destroy the common law and British-style education systems practiced in the formerly British-ruled North West and South West regions of the country.

The breakdown in attempts at dialogue resulted in the growth of several separatist movements attempting to establish a new nation Ambazonia.  The resulting conflict, now in its fourth year, has killed over 3000 people, with about a million forced from their homes.

The central government held a national dialogue in 2019 aimed at ending the crisis and has implanted a $160 million recovery and reconstruction plan for the Anglophone regions. The money is earmarked to rebuild or repair 350 schools, 90 health centers, 40 bridges, and over 12,000 homes.

The United Nations pushed for a 90-day ceasefire to allow humanitarian aid into the region, where the COVID-19 pandemic has been making the situation worse.

“In order that the ceasefire maybe effective, we call for the release of all prisoners connected with the Anglophone crisis as a step in the direction of the resolution of the crisis,” the bishops said.