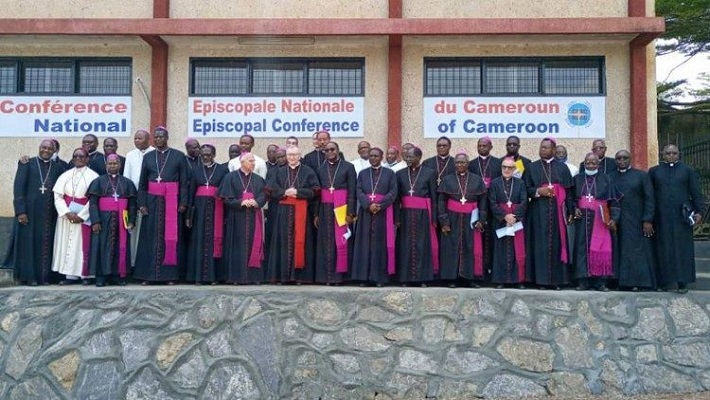 YAOUNDÉ, FEBRUARY 2, 2021 (CISA) – The Vatican Secretary of State Pietro Cardinal Parolin has met President Paul Biya in Yaoundé and delivered a message of peace from Pope Francis in a six-day visit to Cameroon.

“What we are looking for is reconciliation and peace especially in this present situation of other crisis like the COVID-19 pandemic,” Cardinal Parolin said during his January 29 meeting with the President at Unity palace.

The Cardinal was accompanied by Monsignor Ivan Santus an official with the section for relations with states of the Secretariat of State. Cardinal Parolin also expressed Pope’s closeness and concern for Cameroon and the entire continent of Africa.

“The Pope is well aware of the difficulties that you have experienced in recent years and which you are still experiencing. He implores the Lord’s consolation for you, especially for those who have been victims of violence or who, in this crisis, have lost friends and loved ones,” he said.

“The Pope joins in the desire for peace and reconciliation that rises from this beloved and wonderful land toward God,” the Cardinal added stressing on the importance of achieving peace – the only condition for the attainment of sustainable development.

While confirming reports of their meeting in a January 29 tweet, President Biya said “Today, I had a cordial conversation with Vatican’s Secretary of State Cardinal Pietro Parolin who delivered a message of peace from His Holiness Pope Francis.”

According to the President’s office, Cardinal Parolin and President Biya discussed “a wide range of issues including the socio-political situation in the South West and North West Regions of Cameroon,” where Cardinal Parolin “reassured the Head of State of the willingness of the Catholic Church and the bishops of both regions to contribute towards achieving a lasting solution.”

According to Vatican News, the Cardinal’s visit is a sign of the Pope’s commitment and solidarity, and a call to promote compassion, reconciliation, and healing, especially in the context of the ongoing Covid-19 humanitarian emergency.

Cardinal Parolin will wrap up his visit to Cameroon on February 3.