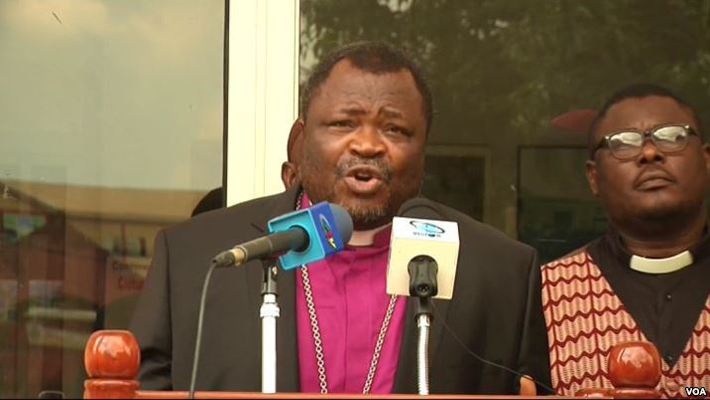 YAOUNDE, SEPTEMBER 21 2018, (CISA) – Religious leaders have called on the government to find ways of ending the violence in the Southwest and Northwest regions of the country.

“We call on the government to promptly initiate and announce a national plan for resolving this crisis, taking into account its real and profound causes in view of establishing veritable peace,” reads a  September 19 statement signed by representatives of the religious leaders.

In their statement, the clerics condemned the ongoing violence saying it is denying children the right to attend school.

“We denounce the rampant attacks on educational institutions and the deprivation of children of their right to education,” the statement said, criticizing the “sluggishness and inadequate methods” with which the government is acting to solve the problem.

“We denounce the arbitrary and indiscriminate killings of Cameroonians by armed forces and the Amba Boys,” says the statement.

The leaders who said they were speaking “in one voice and on behalf of all believers and people of good will” insisted that the conflict could only be resolved through reconciliation and peace.

The two Anglophone regions, North West and South West, are currently facing conflict, as they are areas where armed separatist forces have declared “independence” from the French speaking region of Cameroon.

According to the United Nations, the conflict has displaced over 180,000 people internally and at least 30,000 are seeking refuge in neigbouring Nigeria.