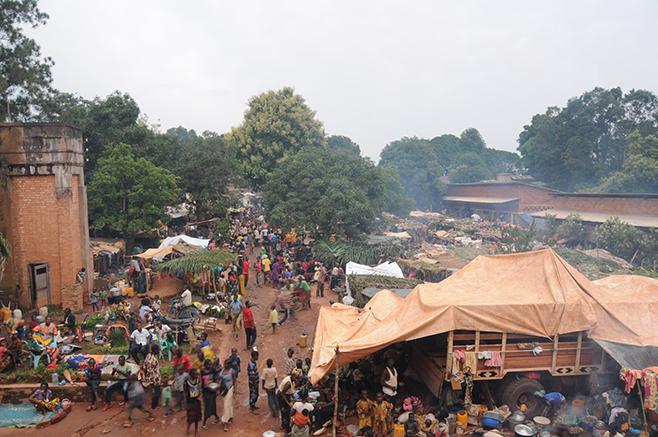 BANGUI, MAY 22, 2018 (CISA)- The city Bambari,  300 km from the capital Bangui, was last week pillaged by heavily armed militiamen who ransacked Saint-Jean parish and destroyed the MINUACA (UN Mission in Central Africa).

According to Mẻdecins Sans Frontier (MSF) at least six people were killed and about 300 took refuge at the local hospital when the Union for Peace in Central Africa (UPC) rebels assaulted the city.

“The population is devastated, houses burned and looted. The bodies of the victims lie on the ground”, said Fr Firmin Gbagoua, Vicar General of Bambari.

The attack was directed towards the mayor’s office, police and radio stations in what was assessed to be retaliation for the deaths of three UPC members during a robbery outside the city the day prior to the attack.

The attack comes after Don Dẻsirẻ Angababata, parish priest of the church of Seko, 60 km from Bambari was murdered by the UPC rebel group late March.

Conflicts between armed groups continue on a consistent basis despite the signing of the ceasefire in June 2017 between the CAR government and 13 out of 14 rebel groups present in the Nation.