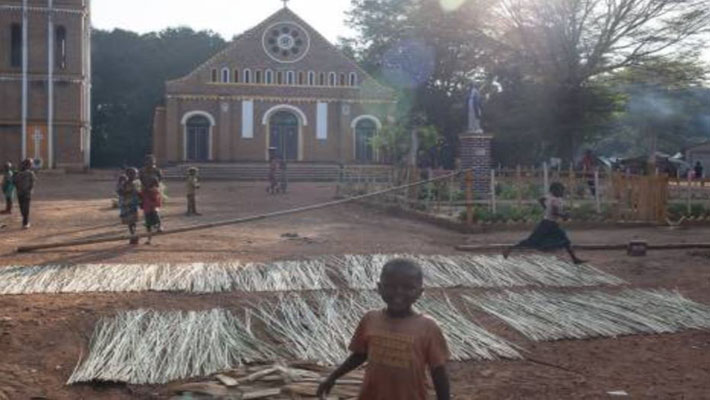 ALINDAO, NOVEMBER 20, 2018 (CISA) – Pope Francis on November 18 condoled with victims of the November 15 attack on the Cathedral of the Sacred Heart in Alindao and a nearby refugee camp.

“With sorrow, I learned the news of the slaughter carried out two days ago in a camp of displaced people in the Central African Republic, in which two priests were also killed. To these people, so dear to me, where I opened the first Holy Door of the Year of Mercy, I express all my closeness and love. We pray for the dead and wounded and for an end to all violence in that beloved country, which is in such need of peace,” said the Pope.

The Holy Father’s comments came after praying the Angelus with an audience estimated at 30,000 in St. Peter’s Square on Sunday November 18.

According to local reports, on November 15, suspected former Seleka rebels of the UPS (Unité pour la Paix en Centrafrique) attacked the cathedral in Alindao, in the south of the country, and a nearby refugee camp.

“After looting and burning the cathedral, the rebels headed towards the refugee camp where they killed at least 42 people. Among those killed were the Vicar General of the diocese of Alindao, Blaise Mada, and Fr Celestine Ngoumbango, parish priest of Mingala.

The two priests were killed by shots fired during the assault on the Bishops’ residence where they had taken refuge with other people”, Fr Amos Boubas, a Central African priest studying in Rome.