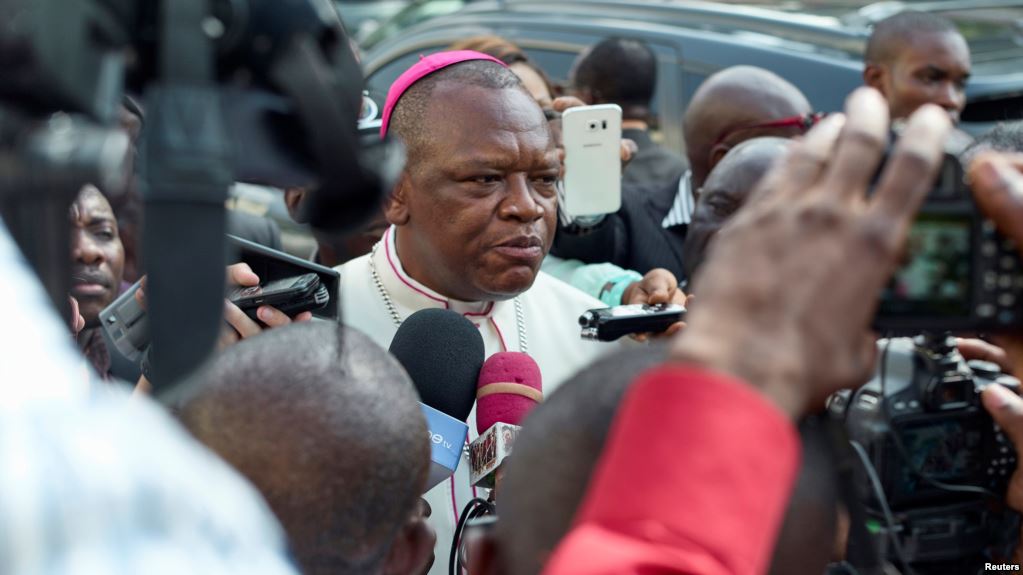 KISHASA FEBRUARY 20, 2018 (CISA) The National Episcopal Conference of the Congo (CENCO) have condemned the government for continuously defaming and discrediting the Catholic Church.

“We denounce the campaign of discrediting and defamation of the Catholic Church and its hierarchy and we are deeply concerned by the very serious facts and hostile attitudes in this country,” said the bishops in a statement published at the end of their Extraordinary Plenary Assembly held in Kinshasa February 15-17.

The bishops denounced the bloody repression of the peaceful demonstrations of December 31, 2017 and January 21, 2018, promoted by the Lay Coordination Committee (CLC), a Catholic lay organization.

“Why so many deaths, injuries, arrests, kidnappings, attacks on parishes and ecclesiastical communities, humiliation, torture, intimidation, desecration of churches, prohibitions to pray?” wondered the bishops.

The bishops said that as the Country prepares itself for the presidential and legislative elections scheduled for December 23, the government should be ready to implement “the full application of the Agreements of 31 December 2016, mediated by CENCO and aimed at bringing the Country to the elections as soon as possible.”
The bishops said that the country had experienced a lot of problems that need to be addressed through free and fair elections.

“The national and international community is witness to a series of campaigns of intoxication, discredit and defamation aimed at weakening the moral strength of the Church, particularly of His Eminence Cardinal Laurent Monsengwo, (Archbishop of Kinshasa), and to divert the attention of the population to real problems”, says the statement.