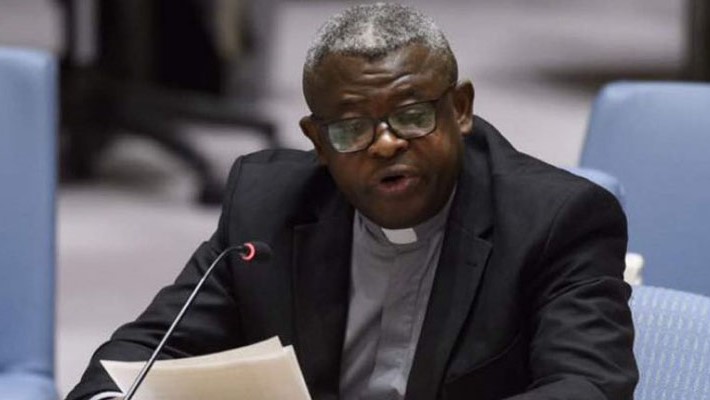 KINSHASA, OCTOBER 23, 2020 (CISA)-The National Episcopal Conference of the Congo (CENCO) has joined local and international human rights groups inviting an international criminal tribunal to prosecute those suspected for mass killings and abuse of human rights in the country.

“We demand the government makes a formal request for the establishment of a special criminal court to initiate proceedings against those — both external and internal — presumed responsible for the death of thousands and massive violation of human rights,” Fr Donatien Nshole, the Secretary General of the bishops’ conference said in a statement dated October 19 following their 57th Plenary Assembly held October 12-15 in Kinshasa.

The bishops condemned reported incidences where thousands of women and girls have been raped by armed men among other crimes detailed by the 2010 United Nations Mapping Report. The report findings indicated that from 1993 to 2003, more than 600 war crimes, crimes against humanity and crimes of genocide were committed in the country.

“There are border conflicts with regular armies from almost all neighboring countries making incursions,” the bishops said in relation to the report which disclosed that 21 armed groups and eight foreign armies, militaries that make frequent incursions into the Democratic Republic of Congo.

Pronouncing on death threats on Bishops Dieudonne Uringi Uuci of Bunia, and Sebastien Muyengo Mulombe of Uvira, the conference, “denounce and vigorously condemn death threats made against our brothers in the episcopate.”

“Conscious of their prophetic mission, they only exercised their ministry as pastors concerned with the well-being and peaceful coexistence of the people entrusted to their pastoral care,” it adds.

The Prelates also cautioned that the country is on the verge of bankruptcy coupled by an increase in poverty and unemployment, as disagreements among the members of the ruling coalition trigger a political crisis.

“The paralysis of the coalition affects and infects all sectors of national life,” the bishops warned.

The statement also addressed chronic insecurity, the crippling divisions within the ruling coalition and continuing misery made worse by the coronavirus pandemic.