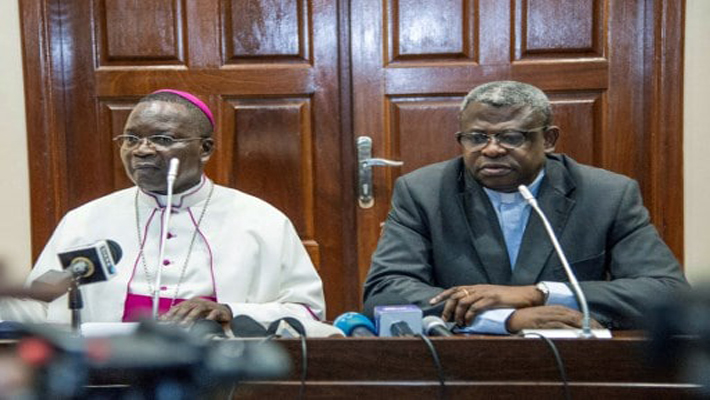 Speaking on the behalf of the conference the president of CENCO Bishop Marcel Utembi challenged some of the results released by CENI saying that they don’t correspond with their tally.

“The results as published do not correspond to the data collected by the CENCO observation mission,” he told a 15 member committee of the UN Security Council.

According to Bishop Utembi, the CENCO had a data processing centre separate from CENI’s that received and tallied the elections results.

The CENI in its presentation asked the UN Security Council to support the results it has published and which consecrate the victory of Felix Tshisekedi.

“Today we have an elected president,” said Corneille Nangaa, the Chairperson of the CENI, adding that “It is now time for the new authorities to be supported by the international community.”

The representative of the United Nations Mission in Congo (MONUSCO), Leila Zerrougui, called for a calm settlement of the Constitutional Court, expected in a few days. For his part, Jonathan Cohen, deputy US ambassador to the UN said he expects “more information on the counting” from the CENI and CENCO.

On January 13, the President of the Southern African Development Community (SADC) Edgar Lungu, called for a government of national unity in DR Congo, while expressing support for the recount of votes.

Felix Tshisekedi was on January 10 declared the winner of the presidential election by the CENI, a result disputed by the Catholic Church.