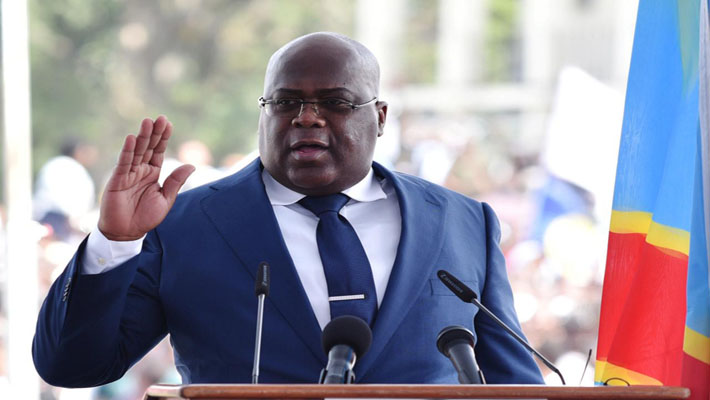 KINSHASA, MARCH 15, 2019 (CISA)-Amnesty International has praised President Felix Tshisekedi of the Democratic Republic of Congo for freeing political prisoners who were jailed under his predecessor.

Their statement applauded the move saying. “…It is a crucial first step towards restoration of human rights in the country.”

“His administration must now go further and guarantee that no one else is arrested, detained or prosecuted simply for expressing their opinions or for peacefully exercising their human rights,” Amnesty’s International’s deputy director for East Africa, the Horn and the Great Lakes, Sarah Jackson, said.

She noted that much remains to be done to improve the country’s human rights that “Those responsible for violating human rights in the DRC are held accountable, and victims receive appropriate reparations.”

Following the Wednesday March 13 presidential pardon, over 700 political prisoners were released in fulfillment of President Tshisekedi’s promise made on March 2.

In a statement from a November 2017 plenary the Catholic bishops urged then president, Kabila, to release political detainees and allow opposition exiles to return.

Among those freed are political opposition leaders including, Franck Diongo, Diomi Ndongala, and Firmin Yangambi, who had been imprisoned on charges such as rebellion against the Congolese State, during the presidency of Joseph Kabila.

President Tshisekedi also pledged to ensure that those who went into exile for political reasons return.