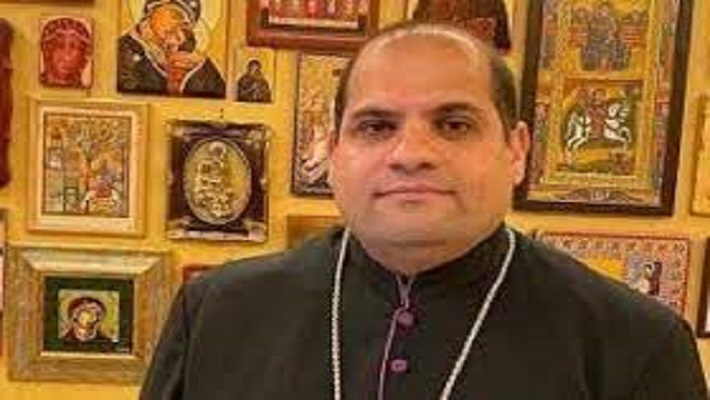 CAIRO, MAY 13, 2022 (CISA) – Pope Francis has assented to the appointment of Rev Chorbishop Elie Joseph Warde by the Synod of Bishops of the Patriarchal Church of Antioch of the Syrians, as bishop of the eparchy of Cairo of the Syrians and as the patriarchal vicar for Sudan and South Sudan.

Rev Warde, a doctorate holder in Canon Law from the Institut Catholique in Paris was born on September 28, 1977, in Haddad-Beirut, Lebanon.

In a publication by the Holy See Press Office on May 12, Monsignor Elie Joseph Warde,1998,  “entered the Charfet Seminary in Lebanon, and then attended the Saint-Esprit University in Kaslik, Lebanon, obtaining a licentiate in theology. He was ordained a priest on 28 May 2004. In 2007 he was awarded a licentiate in Eastern canon law from the Pontifical Oriental Institute and in 2015 a doctorate in canon law from the Institut Catholique in Paris.”

He was appointed as parish priest of Saint Ephrem in Parish for Syro-Catholic faithful and on October 6, 2019, he was ordained a Chorbishop by the Patriarch.

The multilingual Speaker of Arabic, French and Italian is set to be consecrated on June 22 by Patriarch Joseph III Younan at St. Mary Syriac Catholic Church in Harissa.